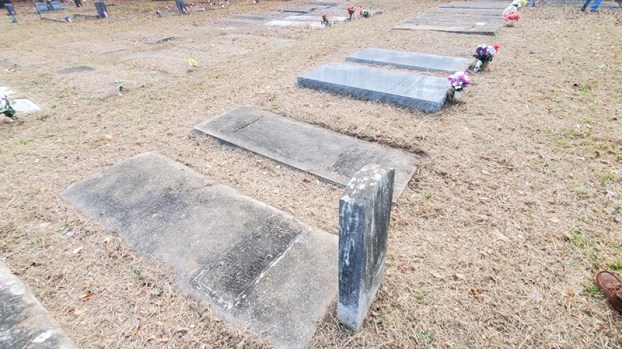 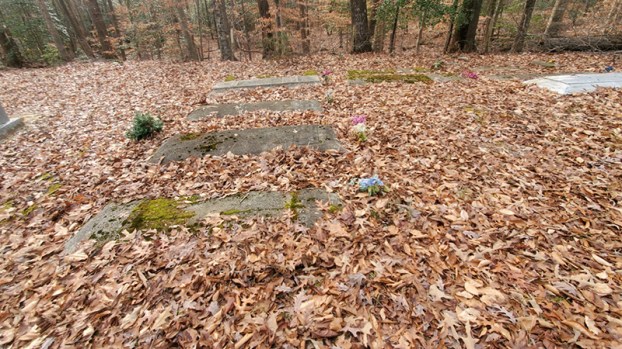 The ground was covered with leaves and other opportunities for cleaning up at Tyler Cemetery in Windsor this past December. 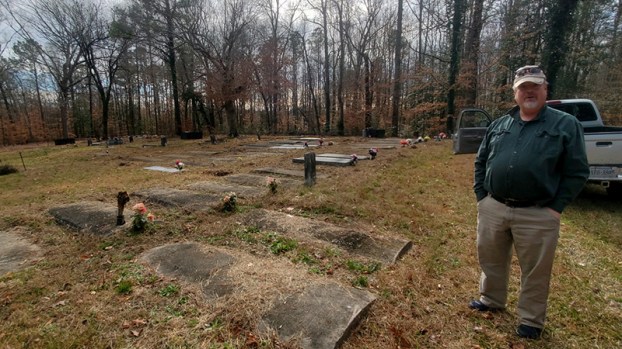 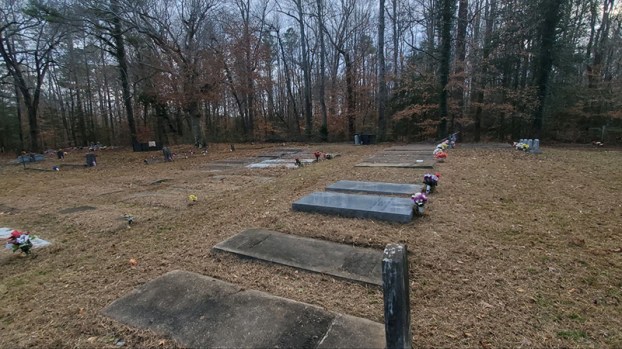 Boy Scout Troop 41, based out of Windsor, seized an opportunity to serve its community recently when it took time to begin a cleanup of Tyler Cemetery.

Located on Tyler Road in Windsor, Tyler Cemetery is described at findagrave.com as a small African American cemetery named for Harvey R. Tyler, who died in 1960, and his wife Georgia D. Tyler, who donated the land for the cemetery. Georgia died in 1968, and the website added that both Tylers are buried in the cemetery.

Windsor Town Councilman Edward “Gibbie” Dowdy is a member of the Windsor Ruritan Club, and he explained the process that led to this chance for the Boy Scouts to serve.

“A fellow from the county came to (the Ruritans) and asked us if we would volunteer to go out and clean this graveyard,” Dowdy said. “We had no problem with it, but they decided, on the (Windsor Ruritan Club) board, to turn it over to the Boy Scouts to do as a project.”

Scoutmaster Carter Goerger noted that the cemetery is privately owned, but he said the owners do not have the money to bring in anybody to take care of it full time.

Dowdy said an elderly couple had been taking care of the cemetery.

“They were doing the best they could, and the graveyard really needed a whole lot more than they could help it out,” Dowdy said. “So anyway, I talked to them, and they fixed all the graves, and they showed me a little bit about the graveyard and where they needed some graves uncovered.”

Goerger, who is also a member of the Windsor Ruritan Club, said that after the club approached Boy Scout Troop 41 about cleaning up the cemetery, “I said, ‘We’ll work it in as soon as we can,’ and I think it was December that we went out there and just did some edging and raking and pulling up weeds and cutting back brambles, stuff like that.”

Dowdy noted that he met the Boy Scouts out there that day in December.

“We worked on cleaning it up one day, but there was a whole lot more work than the Boy Scouts could do in one day, so they’ve got a plan to go back sometime this month if not first in February and do some more work out there,” he said.

Goerger said differing schedules of troop members who are in middle and high school will make establishing a set, recurring cleanup date difficult, but the troop is aiming to provide help at the cemetery when it is needed.

“Now that we know that there’s a need there, when we see it’s in a condition that it could use a little bit of sprucing up and we can work our way out there, we’re going to try to,” he said. “So it might not be quarterly, I don’t know how often it might be, but just as needed and as we’re best able to.”

Doing this work fulfills what Goerger described as a major aspect of scouting.

“Community service, volunteer service is a big part of scouting, and we try to support different individuals or parts of the community when asked,” he said. “It could be a cleanup, we help with the Fourth of July parade and the car show, we help at the county fair. Wherever there’s a need and a request, we try to meet that if we can.”