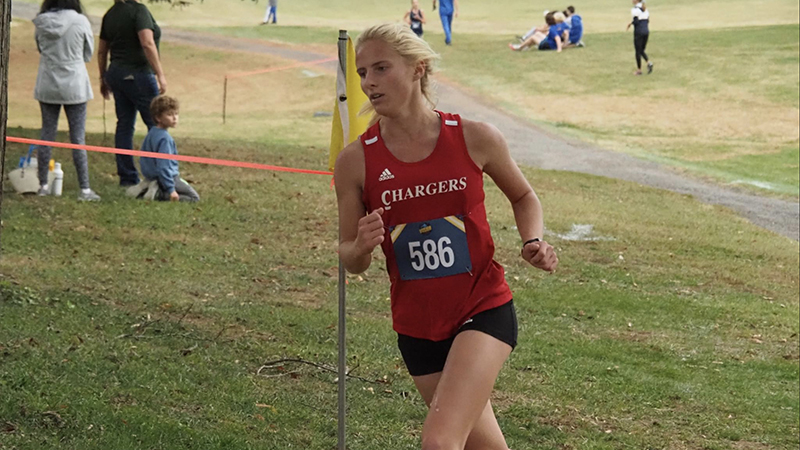 When the state private school cross country meet was moved up a day due to expected bad weather from the remnants of Hurricane Nicole, Isle of Wight Academy’s squad would not be deterred.

With a dry course on which to run, both boys and girls runners started fast and finished likewise. Both IWA teams finished sixth in their respective divisions at the Virginia Independent Schools Athletic Association State Cross Country Meet on Thursday, Nov. 10, at Woodberry Forest. The meet had been scheduled for Friday, Nov. 11, before rain cropped up in the forecast.

On a hilly course and competing in a large field, IWA senior Hannah Edwards made the all-state team, finishing in sixth place out of 104 runners.

“I really applaud the efforts of our runners this year,” IWA Coach Margarita Castillo said. “The best teams — and athletes — step up when it matters most, and both teams did that this year.

“The boys teams took a step forward, and the girls team held up their end; two sixth-place finishes in a crowded field is a considerable achievement, and they all worked hard to make it happen.”

She said that despite all of the teams’ successes this year, the following school records remain intact: