The win, the Chargers’ second in as many games, buoyed their record to 2-4. The Seahorses sank to 2-5.

Chapman later added a yard-long scoring plunge. Senior kicker Jude Powell added a 35-yard field goal. Cofer scored his only touchdown of the night on a 4-yard run in the fourth quarter.

The playoff plot thickens for No. 4 IWA, which pulled ahead of Fuqua School (2-6) in the latest Virginia Independent Schools Athletic Association Division III (small-school) poll. With the top four teams qualifying for postseason play, the Chargers were set to potentially strengthen their position even further Friday, Oct. 28, as they aimed for a win against the Fuqua Falcons themselves in Farmville.

IWA wraps up its regular season Friday, Nov. 4, with a home contest against Fishburne Military School, of Waynesboro. Kickoff is set for 7 p.m.

IWA’s Joseph Phillips was the lone Charger finisher in the top 20 of the junior varsity boys race. Phillips came in 18th with a time of 29:16.94.

Whitley was the top IWA girls finisher, ending up in 78th place with a time of 17:30.7. Phillips, who had qualified just three days earlier, completed the course in a time of 22:28. 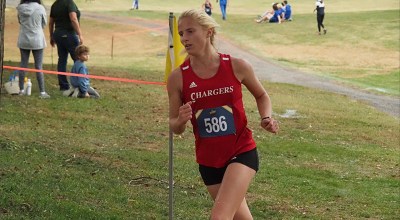