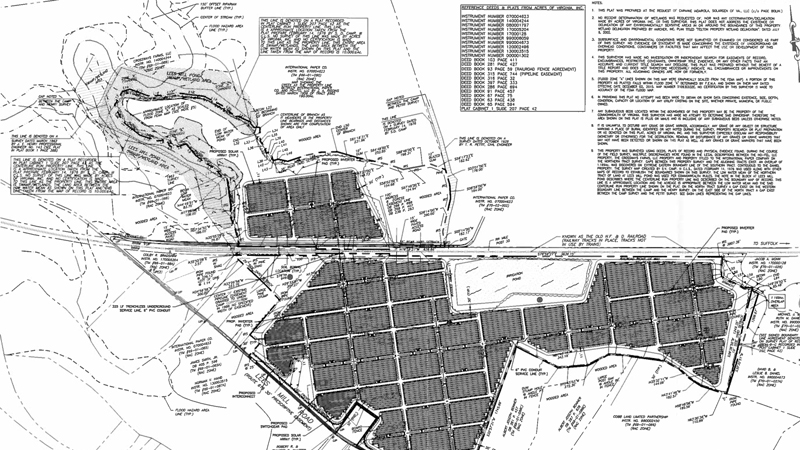 Developers of a solar farm Isle of Wight County approved three years ago are now looking to expand the facility.

The original permit SolarGen of Virginia LLC, a subsidiary of Colorado-based Aquasan, had requested – and the supervisors approved – specified a roughly 300-acre solar farm on Lees Mill Road, about one mile east of the paper mill. It was to be surrounded by an 8-foot fence and screened with landscaping.

The “Ho-Fel” solar farm, as it would be named, has yet to break ground, but company officials are now proposing to expand the facility by 18 acres, according to Isle of Wight Community Development Director Amy Ring.

There are also changes proposed to the landscaping that would surround the original project, Ring said, though the county’s planning and zoning staff have not yet released their report to the Planning Commission on what the proposed changes would entail. The report is slated to be available online by the evening of Oct. 19, she said.

The Planning Commission was set to hold a public hearing on the expansion at its Oct. 25 meeting at 6 p.m. in the boardroom of the county’s Monument Circle government complex. According to the public hearing advertisement published in The Smithfield Times, the solar farm is now proposed to generate 40 megawatts, down from the original 55.

Editor’s note: This story has been updated to correct that SolarGen of Virginia LLC is a subsidiary of Colorado-based Aquasan.