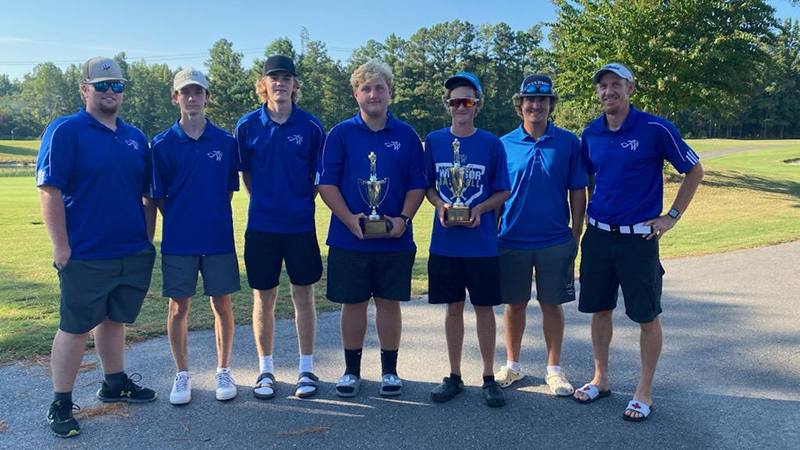 The Dukes sealed an undefeated regular season run in the district Monday, Sept. 19, with their triumph at Cypress Creek Golfers’ Club in Smithfield.

Then on Wednesday, Windsor won the tournament crown with an 18-hole team score of 345 at Dogwood Trace Golf Course in Petersburg.

Ryan Pringle, head coach of the Dukes, noted that his team scored a 155 on the front nine, setting a new low nine-hole score for his team this season.

“I am really proud of the team and their hard work this season,” he said. “We set new low team and individual scores multiple times this season and continued that trend right into the front nine of the district tournament. This showed me that even though we kept winning, each team member was still trying to improve.”

The Dukes step up to the next level of competition Monday, Sept. 26, when they compete in the Virginia High School League Class 2 Region A Tournament at Queenfield Golf Club in Manquin. The tourney begins at 9 a.m.