‘Painting the Town – One Door at a Time!’ 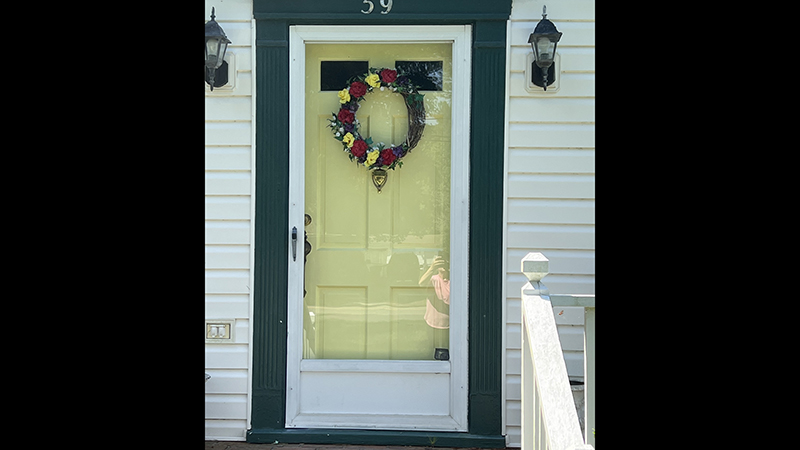 Pictured is one of the front doors that the Woman’s Club of Windsor Inc. painted, at no charge, to brighten the town. (Submitted | Mary Lee Willis)

The Civic Engagement and Outreach Committee of the Woman’s Club of Windsor Inc. has just recently completed its last project of the club year.

A WCW news release noted that letters were sent in February to residents in the town of Windsor, offering to paint their front door.

“To brighten the town, we offered to paint the front door, at no charge, of any interested resident,” WCW officials stated.

A requirement was that the door had to be painted a color. The committee chose six different colors, and the residents picked the color of their choice.

“We had a very generous donor who donated the paint,” WCW officials stated. “Brushes, rollers, drop cloths and labor were provided by members of our committee. We appreciate the residents who participated in this project.”

Signs were then placed in the front yard of the resident that read: “Painting the Town – One Door at a Time!”

The Woman’s Club of Windsor Inc. is a member of Southside District, GFWC Virginia and General Federation of Women’s Clubs.