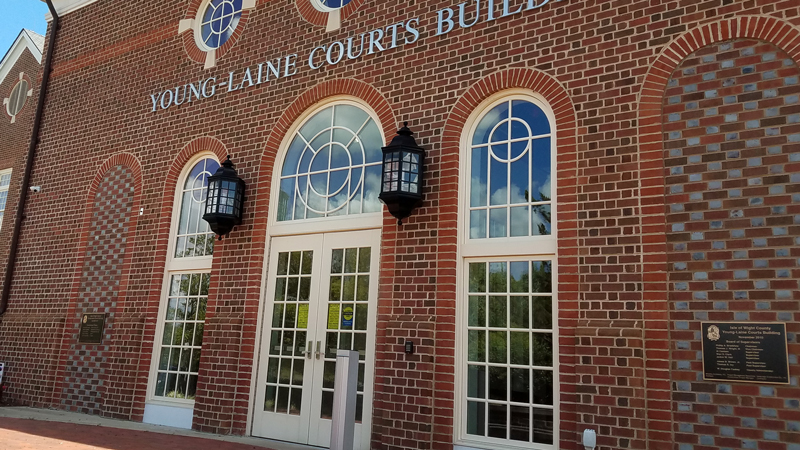 The Isle of Wight County School Board’s calling of a roughly 10-minute “recess” at its March meeting, which a Carrollton woman and her lawyer characterized as an unofficial closed session, didn’t violate Virginia’s Freedom of Information Act, a judge ruled on Aug. 16. But two omissions from the board’s April meeting minutes did.

Katie Carter Lemon and her Virginia Beach-based attorney, Kevin Martingayle, filed a lawsuit against the School Board in June seeking to “void” the board’s March 10 vote to amend former Superintendent Dr. Jim Thornton’s contract to allow him to retire early.

The board had initially voted to approve a “proposed amendment” to Thornton’s contract “as discussed in closed session.” When board attorney Pakapon “Pak” Phinyowattanachip advised that to comply with Virginia’s open records law, the board would need to state publicly what had changed, Chairwoman Denise Tynes then called for a recess, reconvening approximately 10 minutes later for a new vote. During the new vote, Vice Chairman Michael Cunningham read into the record that the board had “agreed to honor” Thornton’s request to be released from his contract, effective June 30, 2022, “in order to retire,” and wished to provide the retiring superintendent with “transition appropriations.”

A March 10 memorandum on the subject of “Superintendent Separation Agreement and Appropriations” stated Thornton was to receive a “gross payment” representing his “accrued but unused vacation, sick and personal leave calculated at the full per diem rate of reimbursement” with his last check in June. The dollar amount in the memo’s “gross payment” line was left blank, though both Tynes and Thornton had signed it. School officials later confirmed Thornton had received just over $91,000, a payout that would have exceeded School Board policy for any other employee.

Virginia’s FOIA law requires public bodies proposing to convene a closed session to first vote in open session on a motion that identifies the closed session’s purpose and cites the applicable exemption in state law from Virginia’s open meeting requirements.

According to Martingayle, the judge declined to deem the 10-minute recess an illegal closed meeting on grounds that no decision was made during the recess. A court order stating Judge Matthew Glassman’s ruling and reasoning had not been filed with Isle of Wight’s Clerk of Circuit Court’s office as of Aug. 26.

Lemon’s lawsuit had also alleged that the board violated a provision of FOIA that requires the recorded meeting minutes to state the location of a board member participating remotely via electronic means. Cunningham had participated via the Zoom videoconferencing platform for medical reasons during the board’s April 5 and April 26 meetings, but the minutes initially didn’t list his location.

Tynes acknowledged the omission in July, stating it had “come to our attention that the minutes for the April 6 and April 26, 2022 meetings do not indicate the locations from which Mr. Cunningham participated remotely.” Tynes then noted that the board’s May 12 minutes had also neglected to state the location from which board member Michael Vines had participated remotely.

At its July meeting, the board retroactively amended its minutes to reflect that Cunningham had participated from his home in Smithfield on April 5 and April 26 and that Vines had participated from his home in Windsor on May 12. According to Martingayle, the judge agreed that the omissions amounted to FOIA violations but imposed no penalty on Isle of Wight County Schools since the board had since corrected the issue.

Isle of Wight County Schools spokeswoman Lynn Briggs declined to confirm Martingayle’s account of the ruling, nor comment on the matter, citing “pending litigation matters” from the lawsuit that remain undecided.

“It is a burden for news organizations … and individuals such as Ms. Lemon to take it upon themselves to initiate an action under FOIA,” Martingayle said.

Under Virginia’s FOIA law, a plaintiff who “substantially prevails on the merits” of a case is entitled to reimbursement from the “public body” for “reasonable costs, including costs and reasonable fees for expert witnesses, and attorney fees.”

No additional court dates pertaining to Lemon’s lawsuit are listed on Virginia’s online court docket, but the case is still listed as “active.”