Isle of Wight voter registration cards to be re-mailed 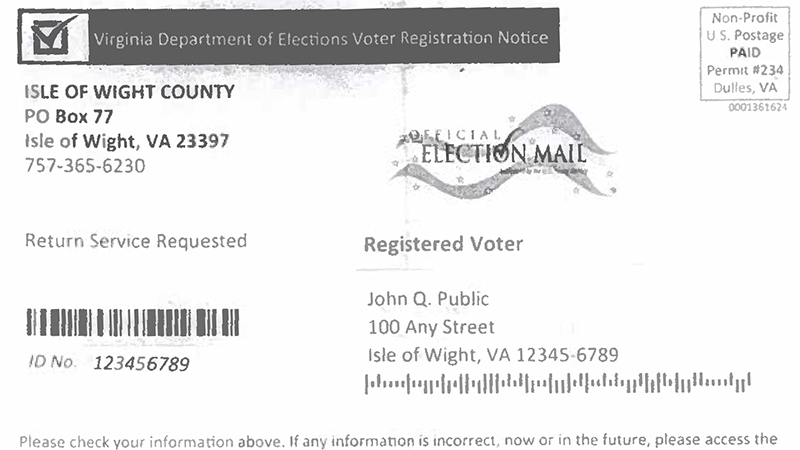 Registered voters in Isle of Wight County should be on the lookout the first and second weeks of September for new voter registration cards.

The county Voter Registrar’s Office mailed new cards to all residents in May following the conclusion of local and statewide redistricting in 2021, but some voters say they never received them.

“I’m sure the cards were mailed to them, but they were probably thrown away with the junk mail,” said Voter Registrar Lisa Betterton.

That’s why she’s planning to do a second mailing.

According to Betterton, the card will be thin, and can easily get mixed in with junk mail if someone isn’t specifically watching for its arrival.

“We just want to make sure everyone is aware of their polling places and districts,” Betterton said.

In the event voters received their card in May, Betterton recommends they compare the new card with the one from May and, if identical, shred one of the two cards.