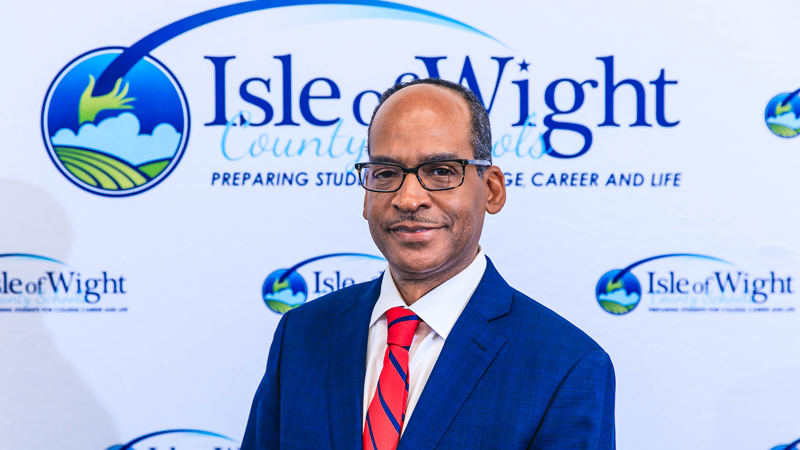 “We are excited to welcome Dr. Cramer to Isle of Wight County Schools,” said School Board Chairwoman Denise Tynes, via a press release. “The board was impressed with the tremendous amount of experience Dr. Cramer brings to the Superintendent position. He will be able to provide the leadership we need to continue successfully serving the students, parents, and employees of Isle of Wight County Schools.”

Cramer’s contract further specifies that the School Board is to “make a contribution for the Superintendent’s benefit to an annuity or deferred compensation plan” in the amount of $10,000 per fiscal year. The board is also to provide him with a car, computer, iPad, cellphone service and pay “reasonable expenses” for his participation in professional growth seminars.

Cramer comes from Maryland, where he most recently served as one of three community superintendents of the Howard County public school system. In that role, he “led the policy committee” of Howard County’s Board of Education through a modification of the school system’s bullying and harassment policy to include a ban on Confederate flags, swastikas and other “symbols of hatred” in 2020 as part of the school system’s equity efforts, according to reporting by The Baltimore Sun.

Isle of Wight’s efforts to promote equity have met resistance from parents and citizens who have called the efforts “divisive” and likened them to Critical Race Theory, a concept that argues laws and institutions have perpetuated inequalities among minority groups in the United States.

Cramer’s education career also includes experience as a teacher, principal, central office administrator and adjunct college professor. He was also a finalist in Washington County, Maryland’s search for a new superintendent, but was not selected, according to reporting by Hagerstown, Maryland-based Herald-Mail Media.

“I am humbled, I am grateful, I am honored to be selected as your next superintendent,” Cramer told the board during the special meeting.

He then pledged to “continue to build upon the solid foundation that is in place” at IWCS, and to “build bridges” and “build relationships” to “make certain that we work with the community in its entirety.”

Cramer and his wife, Gaylen, also an educator, currently live in Laurel, Maryland, and have two daughters, Gabrielle and Charlize, both of whom are in college.

Per the terms of his contract, Cramer must relocate to maintain legal residency within a 50-mile radius of the IWCS central office at 820 W. Main St. in Smithfield. The School Board is to reimburse him for up to $3,500 in out-of-pocket moving expenses.

The School Board’s vote to appoint Cramer was 4-0 with member John Collick absent.