Windsor Library expansion out to bid 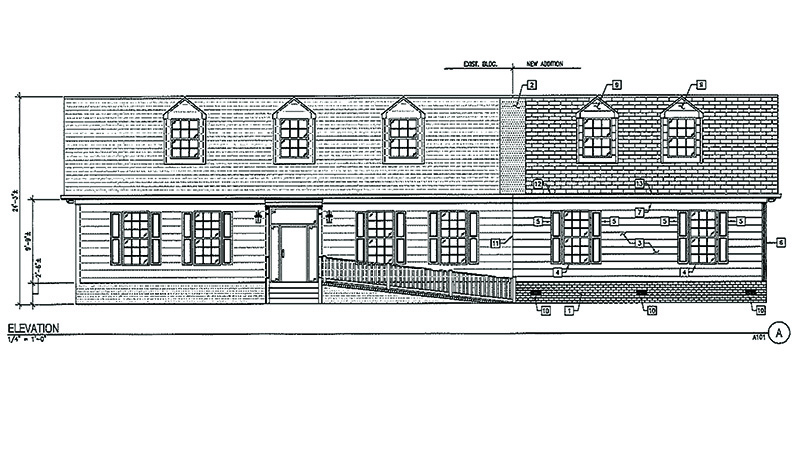 Depicted here in the plans from Isle of Wight County for the Windsor library expansion is a front view of the library, with everything to the right of the descending ramp being the planned addition to the building. (Submitted | Isle of Wight County)

The plan to expand the Windsor Library is officially in motion.

Windsor Town Manager William Saunders briefed the Town Council on the expansion during the council’s Tuesday, July 12, meeting, noting that the project was out to bid.

“Following requests for the improvement and/or enlargement of the library facility in Windsor,

He noted that the proposed expansion to the library at 18 Duke St. will be an approximately 1,800-square-foot addition to the north side of the existing building on the ground floor, with a meeting and storage room above.

“I got an email yesterday that the project was out to bid,” Saunders told council members Tuesday. “They’re going to have a pre-bid meeting there sometime in the next couple of weeks, so they should be getting a bidder on that.”

He was sent final plan sheets for the expansion from the county and shared them with council members.

Councilman Walter Bernacki asked Saunders if he had received any kind of rough estimate on when groundbreaking and completion of the project would be.

“No, sir,” Saunders said. “It might also depend on the winning bidder’s schedule when they can get to it. So I’ll bring y’all information as I get it.”