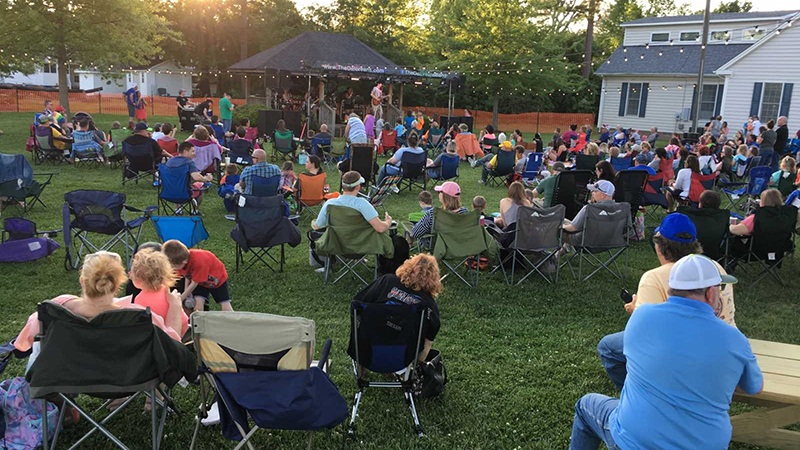 The town of Windsor’s revived July 4 celebration will feature a concert at the gazebo in the Wesley F. Garris Event Park from 6-9 p.m. on Monday, July 4, along with food trucks and other vendors, as well as bounce houses for the kids. There will be no fireworks this year.

The town of Windsor is reinitiating some of the events it has held in the past, including a Fourth of July celebration, which will return in a smaller form but one that can be expanded on in future years.

Windsor Town Manager William Saunders noted in a June 14 memo to the mayor and Town Council that the COVID-19 pandemic, and other factors, have halted or limited numerous events in the town, to include the First Friday Concerts at the gazebo, the Christmas parade and the July Fourth festivities.

He stated that another relevant factor impacting the town’s July 4 celebration is the Isle of Wight County Board of Supervisors’ decision to continue holding July Fourth fireworks displays in Heritage Park rather than in the towns of Smithfield and Windsor, leaving a void for Independence Day festivities in Windsor.

“Town staff have received numerous calls inquiring about whether the town will reinstate the concert series and/or July Fourth festivities, such as the parade, live music and fireworks,” Saunders stated in the memo. “Due to the complexities and expense of fireworks shows, they may not be feasible in town, but other aspects of the celebration could be undertaken.”

As for Fourth of July festivities, Saunders stated in the memo that a small steering committee had met to discuss the possibility of holding an event at the Wesley F. Garris Event Park.

Saunders confirmed in a June 22 email interview that the town will be holding a July 4 celebration, and it will actually take place on Monday, July 4, featuring the “Free for All” Band, food trucks and other vendors, as well as bounce houses for the kids, from 6-9 p.m. at the gazebo in the Garris Event Park.

“We will not, however, have fireworks,” he said. “This will not be as large of a July Fourth event as the town had before the pandemic, but we wanted to restart festivities that we can build on in future years.”

He stated in the June 14 memo that the town’s July 4 celebration will not compete with the county events, as the Isle of Wight County Independence Day events at Heritage Park will take place this year on Sunday, July 3.

Saunders added that the town’s small steering committee will reconvene following the July Fourth celebration to begin planning on Christmas and future Fourth of July events.