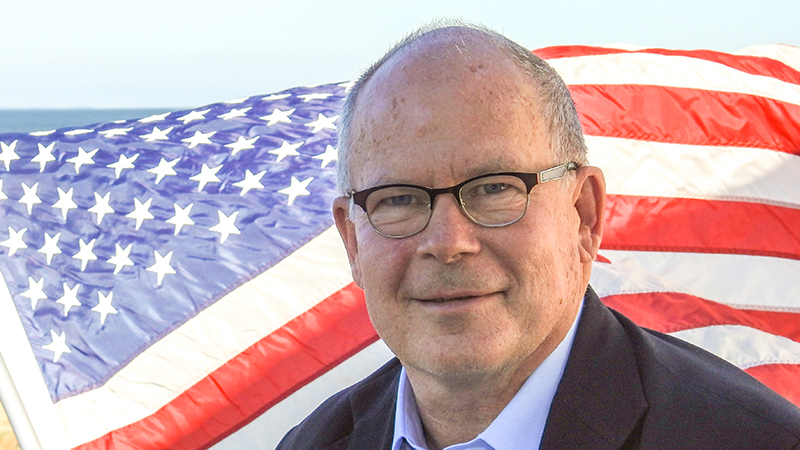 J.D. – The Dickinson School of Law

Number of years living in District 2: 20+

Current or prior elected offices held: None

I am concerned about the country we are turning over to our children.

We need to restore the prosperity of Virginians. We need to stop inflation now, and demand fiscal responsibility for the sake of our children’s future.

We need to restore faith in our country. The United States is a force for good in the world and has been since our founding. We need to protect our institutions, including our system of government described by the Constitution—particularly what makes us all equal–an election system with integrity that gives us all an equal voice. We also need to restore the credibility of our government.

Education is what gives us all opportunity, and the ability to compete in an increasingly international labor market. We need high standards, and ensure that zip codes don’t decide a person’s future–school choice will provide both through competition.

Former Senator Bill Armstrong. He was firm in his convictions, but was named the most polite legislator. From an article about him from Newsmax upon his death: “Armstrong was unique among high profile conservative politicians in that despite his hard-core economic conservatism and anti-Communist stance, despite his firm commitment to the right-to-life, he was rarely — if ever — attacked by Democratic opponents or anyone on the left.

His gentle manners, booming laugh, and steadfast refusal to say a harsh word about anyone transcended any controversy his philosophical views would otherwise engender.

As veteran GOP political consultant Matt Keelen put it, “Bill Armstrong was a compassionate conservative before it was cool.”

“I’ll remember him as Mr. Integrity” a colleague said, “His example helped a generation understand what true service to others is all about.”

“He made himself clear without making himself offensive. He was friendly, direct, civil, ambitious and kind — a rare combination.”

My guide is the Constitution, and the overturning of Roe, which is what the Supreme Court should do, would simply return the issue to the states, where according to the Constitution it belongs. There is nothing that Congress should do on the issue, except prohibit the use of Federal funds toward abortion. I am in favor of that policy.

Spending and the debt are linked together, so together they make my top priority for the sake of our country’s future. We need to reduce the debt obligation that we have placed on our children. We can do that by stopping reckless spending and by creating a robust economy that will increase the government’s revenue by increasing the number of taxpayers by increasing the number of jobs. Stopping reckless spending has the added benefit of reducing inflation too!

We should be supporting the effort that will cause Russia to lose, but we are starting to involve ourselves so much that we are close to entering a war between us and Russia. I am not in favor of that. I would have voted against the $40B package as it was presented, because of the lack of accountability. A number of people that I admire voted for the bill, and I would have too when I was assured of use of that money was simply to help Ukraine fight Russia.

Regarding inflation: The definition of inflation is too much money chasing too few goods. This is a result of the government’s reckless spending.

There are two ways to defeat inflation: reduce the amount of money available which will cause great pain as we saw when Volcker and Reagan wrung Carter’s inflation out of the economy, and increasing the supply of goods which Reagan did as well by creating a strong economy. Making more goods requires more workers, and more workers not only make more goods but also increase the amount of revenue to the government. So just as Reagan did both, so should we.

Supply chain shortages: the government should get out of the way. The restriction on American energy production, in addition to destroying American jobs and increased the price of goods such as fertilizer, has also increased the price of fuel so some truckers can’t afford to keep driving. Other restrictions such as vaccine mandates and other COVID restrictions, the support of union restrictions at the ports, and the consequence of people being put out of work during the epidemic and who are not coming back because of the government’s money allowing them to retire earlier are a couple more examples of government actions disrupting our supply chain.

We should also recognize that we are connected to a worldwide economy, and the world is still waking up from COVID restrictions in other places, so we need to reduce our expectations.

But that is difficult, because the government’s reckless spending not only created inflation, it increased demand for goods that outpaced the supply. So shortages will have to be cured by increasing the supply of goods.

Informing the public. The CDC’s mission, from its website, is: “CDC increases the health security of our nation. As the nation’s health protection agency, CDC saves lives and protects people from health threats. To accomplish our mission, CDC conducts critical science and provides health information that protects our nation against expensive and dangerous health threats, and responds when these arise.”

That’s exactly what they should do, provide information.

Congress as the representatives of the people, not agencies, in accordance with the Constitution, should be making the rules and laws. If this was the case, the proper balance between requiring masking and not, between requiring getting the shot or not, or stopping the production of baby formula or not would have been reached, because Congress is accountable to the people. And in these matters, the people would have demanded transparency from their representatives—which is how it should be.

I am in favor of a bi-partisan investigation into what happened that day, and why. As a former prosecutor, I understand that a true investigation needs to have as many possible questions asked, and the freedom to go where the evidence leads. This is not the case here. The current special committee has no legitimacy since the Republicans were not able to pick their own members. House Minority Leader Kevin McCarthy named the Republicans who should be on the committee as he should have. Speaker Pelosi inappropriately rejected two of them, so McCarthy pulled them all.

Bi-partisan means both parties pick their members, not a Democrat Speaker selecting the members from the opposing party.

Without those properly named Republicans, and the questions they would ask, the current special committee has no credibility.