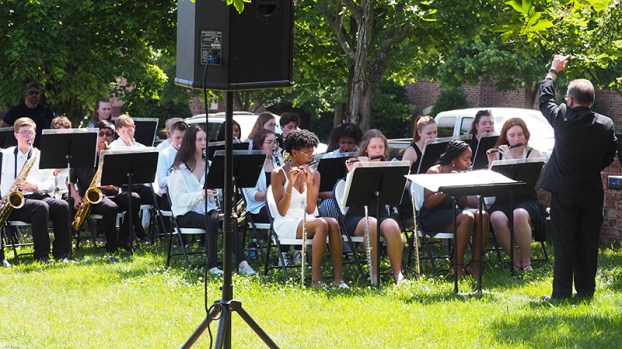 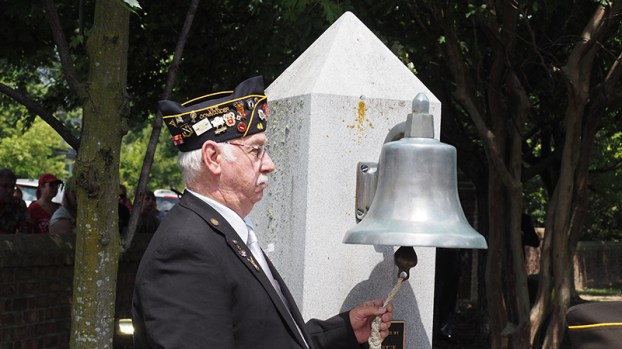 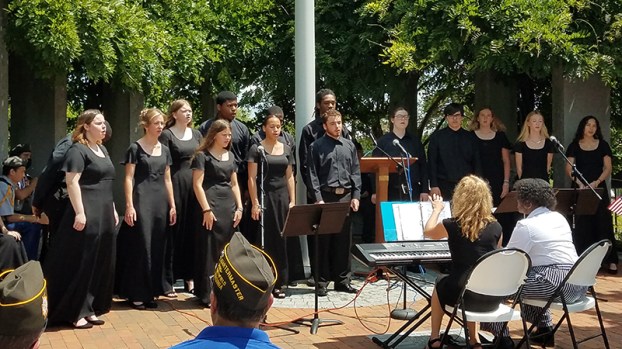 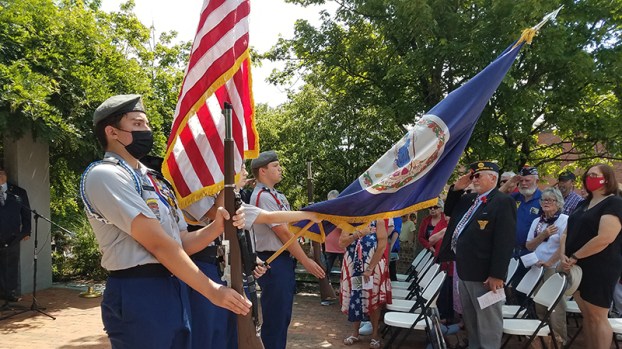 Smithfield’s American Legion Post 49 held its annual Memorial Day ceremony at the veterans’ memorial on North Church Street Monday morning. This year’s guest speaker was Raynard Gibbs, a member of Smithfield’s Planning Commission who served 27 years in the Navy, first as an enlisted sailor, then as a Navy Nurse Corps officer.

“From the American Revolution to the global war on terrorism, more than 1 million American veterans have made the supreme sacrifice. … That is why we are gathered today on this Memorial Day, to honor the memory of the fallen,” Gibbs said. “Our Declaration of Independence states that we hold these truths to be self-evident, that all men are created equal, that they are endowed by their creator, with certain unalienable rights, that among these are life, liberty and the pursuit of happiness. Unfortunately, we have not always lived up to these truths. … When you’re in the heat of battle, it doesn’t matter your political views, your ethnicity, your religion. The only thing that matters is we are fighting for the same cause, and that is the preservation of this great country. It’s flawed, but it’s our country. There are some injustices, but it’s our country. It’s not perfect, but it’s our country, and I will defend, have defended, and I will die for our country.”

Del. Emily Brewer, R-Isle of Wight, also made an appearance at the event ahead of the General Assembly’s June 1 special session. She encouraged attendees to “provide continuity in education” by picking one of those 1 million Americans’ stories, and telling it.

“We tend to protect the next generation from the hardship suffered by the last, but we have a supreme responsibility to story-tell about the sacrifices involved,” Brewer said. “Tradition is not the worship of ashes, but the preservation of the fire.”

The ceremony concluded with American Legion members firing a rifle volley to honor the fallen as “taps” was played, and with a rendition of “America the Beautiful” by Smithfield High School’s chorus.