Windsor getting older but growing steadily 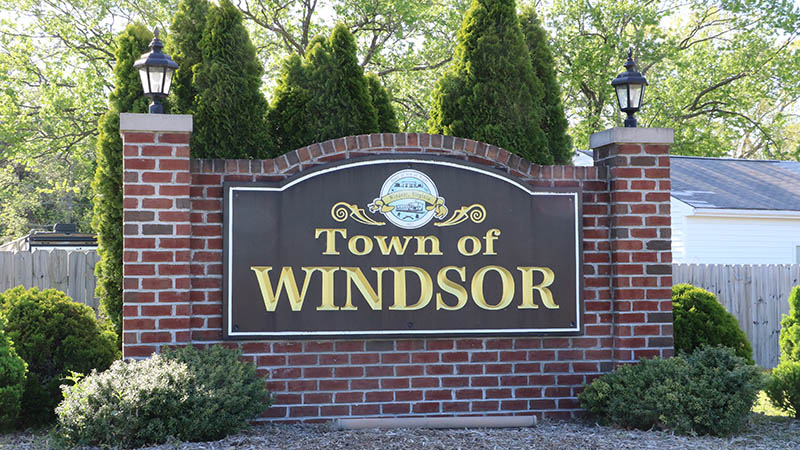 Windsor Planning and Zoning Administrator James “Jay” Randolph shared some information with the town’s Planning Commission on Wednesday, May 25, from the U.S. Census Bureau, which noted that Windsor’s median age has notably increased but also that the population has exhibited steady, manageable growth.

“The Census Bureau has released a lot of data on the 2016-20 American Community Survey five-year estimates,” Randolph told commissioners. “At the last meeting we had discussed the upcoming update to the comprehensive plan and the need for the commission to undertake that endeavor. One of the key components as we look at updating the comprehensive plan is looking at the demographics and statistics in the town.”

Randolph noted that he simply wanted to capture and highlight some of the primary pieces of data, and some of those pieces are listed as follows.

The 2020 population for the town of Windsor is listed at 2,746 people, Randolph said.

He stated that this is an approximately 9.5% increase at the county level.

“So the growth here in the town has been roughly about half of what the county has been experiencing,” he said, but he later noted that Windsor experienced significant growth between late 2020 and spring 2022 that is, of course, not included in this data.

“When we look at a 10-year growth rate of about 4.5%, it more or less averages out to about one half of 1% per year, which is a very manageable growth rate from a planning perspective,” he added.

He said the town and its provision of services is not being overwhelmed by a massive influx of people all coming in at the same time.

The Census Bureau data stated that there are 1,061 total households in Windsor and 1,110 housing units.

The median household income of Windsor residents is $52,075, according to the data. The town’s employment rate is 49.6%, 15.6% of residents have a bachelor’s degree or higher and 6% of residents are without health care coverage.

“But one thing that is striking as I look back, the median age in 2010 out of Windsor was about 42, so that median age has increased quite a bit since the 2010 census,” he said.

Next, he highlighted the data that states Windsor’s older population, which includes those 65 years and older, represents about 23% of the town’s population. He contrasted this to Isle of Wight County, which has an older population of approximately 19%.

“But this is pretty typical of not just Virginia but nationwide — the population is aging, the median age is increasing,” he said.

Then he pointed out that the data indicates Windsor’s population of children, which includes those younger than 18, is about 23.2%.

“So that’s a fairly good number to have,” he said. “About one quarter of our population is over 65, but one quarter of the population is under 18, so it means there’s younger folks coming up through the town that may decide to continue to live here and put expertise and talents to work here in the town, whether it’s through business or otherwise.”

Randolph covered several more categories in addition to the aforementioned, and then said to commissioners, “As we go through the comprehensive plan update, we will be seeing a lot of these numbers again and again and again, but I just wanted to kind of give you a first glance at them so you can digest that information, and it’ll help you with planning for the town’s future.”

Commissioner Dale Scott asked Randolph if he believed any of the numbers in the 2020 census could have been off somewhat due to the impact of the COVID-19 pandemic.

“Absolutely, I do believe (that),” Randolph said. “Typically, the Census Bureau, by this time, would be coming out with the hard, concrete numbers.”

He said the bureau looked back and used what it calls the American Community Survey to help develop its census data.

“If you remember just individually getting your census forms years and years ago, there used to be a short form and a long form, and the long form had a lot of questions on it about how you heat your home and where you work, how far it takes you to drive to work,” he said. “The Census Bureau replaced that with more of what they call an American Community Survey, and they conduct that generally (in) the five-year window up to the actual census, so they can glean the information off of that.

“But the numbers they released and the numbers you have in front of you are more of a combination of that community survey and the actual numbers that they got,” he said in conclusion. “So I would agree that the numbers are probably slightly less than what’s actually out there.”