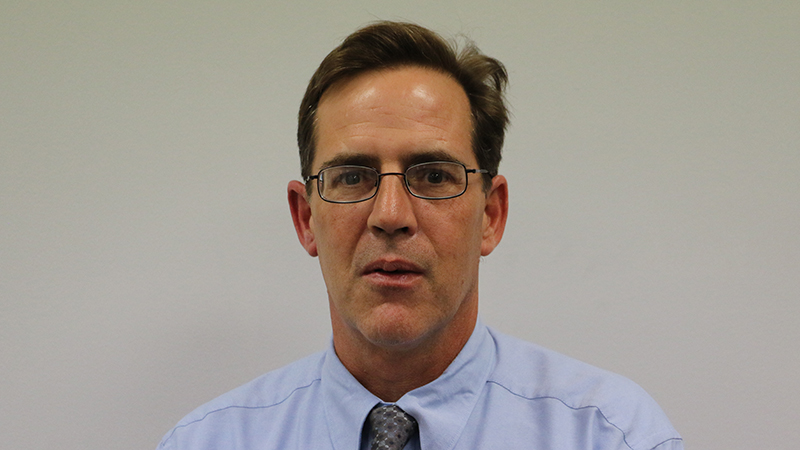 James “Jay” Randolph returns to the role of planning and zoning administrator for Windsor, a locality that he described as his adopted hometown.

The Windsor Planning Commission introduced at its April 27 meeting the town’s new planning and zoning administrator, James “Jay” Randolph, who is actually returning to the role after having been the first one to fill it once it became a full-time position in 2003.

“Windsor has always kind of been my adopted hometown, and I’m certainly glad to be back,” he said.

Near the start of Wednesday’s meeting, Planning Commission Chairman Leonard L. Marshall said, “We’d like to welcome the new planning commissioner, Mr. Randolph; I could say ‘welcome you back.’”

“As the chairman has noted, I have previously served in this capacity with the town,” Randolph told commissioners. “I was the town’s first full-time zoning administrator, but it’s been quite some time. That was a little over 16 years ago. Lot’s changed in the town, and fortunately, a lot of the good things are still here.”

Maxie Brown, who has been serving as Windsor’s interim zoning administrator, will continue to assist the town during this transition period. Randolph added after the meeting that the transition period is not defined but that Brown will eventually move on when he has reached a point where he is good to proceed without further assistance.

Sharing some of his background, he noted to commissioners that he has a bachelor’s degree in geography, urban and regional planning, and he also has a master’s certificate from Virginia Tech in local government administration.

Originally from upstate New York, Randolph grew up in south Florida and has now lived in Isle of Wight County for 21 years, currently a resident of Zuni.

Citing his experience in the planning and zoning arena, he mentioned having started his career in Isle of Wight. He served as a planner in the county’s Department of Planning and Zoning from 2000-03.

He was Windsor’s planning and zoning admin from 2003-05 and then was the assistant administrator in Southampton County for the next five years, working under County Administrator Michael W. Johnson.

Randolph said he worked in Lunenburg County for a brief time after that, “and then I’ve been out of local government for the past 10 years.”

He noted that he is very happy to be back working in Windsor and in local government.

“At the planning level, you really can make a positive difference in the future of the town,” he said. “(It’s) kind of a little bit more behind the scenes, in a lot of ways, but it’s very rewarding.”