Enviva honored as one of state’s top philanthropists 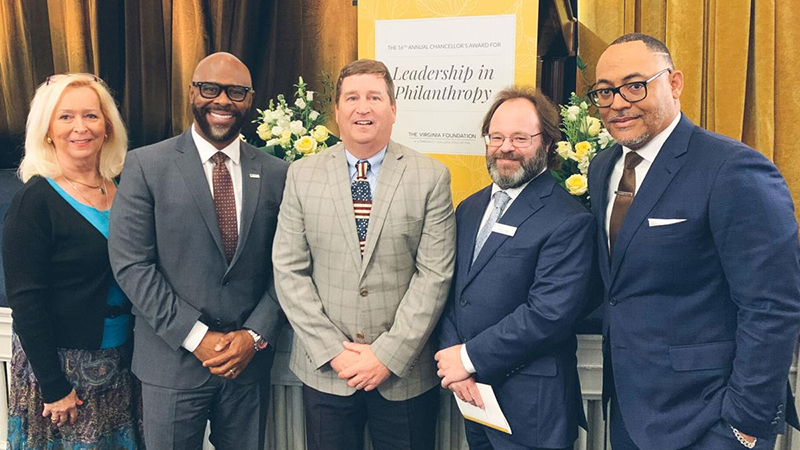 Enviva Biomass was honored by the Virginia Foundation for Community College Education as one of the state’s top philanthropists at the 16th annual Chancellor’s Award for Leadership in Philanthropy Luncheon on April 21 at The Jefferson Hotel in Richmond.

A Camp Community College press release continued by stating that Enviva, represented by Chris Brown, was nominated by CCC. Enviva has supported the college’s Fast Track Healthcare program and athletic programs. Brown also serves as the president of the Paul D. Camp Community College Foundation. He is the Mid-Atlantic community relations manager for Enviva.

“We are grateful for Enviva’s partnership with Camp,” said Jeff Zeigler, director of institutional advancement at the college. “This is a deserving honor for Enviva and Chris. Both have become vital members of the Western Tidewater community.”

Enviva is the world’s largest producer of sustainable wood pellets, a renewable alternative to coal.

Since 2005, the Virginia Foundation for Community College Education has honored individuals, families and organizations that, through their leadership and dedication to philanthropy, have improved the quality of life in their community and across the commonwealth.

Recipients of the Chancellor’s Award are nominated for their outstanding commitment to the growth and development of Virginia’s community colleges and their respective foundations.