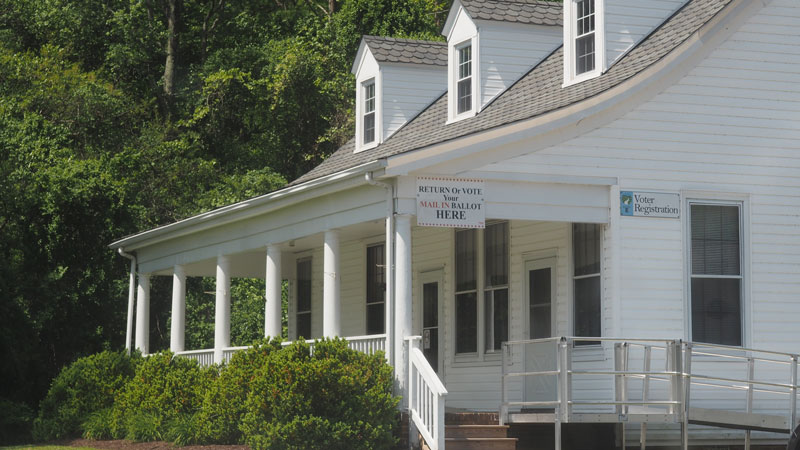 Any qualified voter who wishes to enter the local elections as a candidate can pick up a packet at the Isle of Wight County Registrar's Office at 17106 Monument Circle.

Just under two months remain for candidates interested in running for the Smithfield or Windsor town councils, or Isle of Wight County’s School Board, to get their names on the November ballot.

The filing deadline is June 21.

Four of the seven Smithfield Town Council seats — currently held by Mayor Carter Williams, Councilman Wayne Hall and Councilwomen Valerie Butler and Beth Haywood — are up for election. Per a 2021 change in state law, Smithfield’s election will be held Nov. 8 rather than in May as in past years.

Williams confirmed to The Smithfield Times April 22 that he plans to seek reelection, but was still in the process of collecting signatures on his nominating petition.

According to Isle of Wight County Registrar Lisa Betterton, Hall and Butler have already submitted their paperwork to be on the November ballot, as has one challenger — retired Smithfield Police Chief and state Commissioner of Marine Resources Steven Bowman.

Haywood announced in March that she isn’t seeking reelection.

In Smithfield, council candidates run at-large, meaning they can live anywhere in the town’s incorporated limits. The four candidates who receive the highest number of votes will be the winners of the four available seats. The mayor is then elected via a majority vote of all sitting council members.

Windsor’s Town Council has three seats up for election, plus a separate mayoral race. Windsor Mayor Glyn T. Willis, who is nearing the end of his four-year term in the role, announced in February he would not seek re-election.

George Stubbs, who is also nearing the end of his first term on the council, had initially planned to step down at the end of the year but announced in March he would be running for mayor. According to Betterton, Stubbs has already turned in his paperwork to get his name on the ballot.

Councilman J. Randy Carr and Councilwoman Kelly Blankenship are the other two members whose terms will expire this year unless they campaign for reelection. Five people have picked up candidate forms but none have filed them yet, Betterton said.

Windsor candidates, like Smithfield’s, run at-large. The three who receive the highest number of votes will claim the three available seats.

The county will also hold a special election to fill the remaining terms of two School Board seats.

Board members Renee Dial and Michael Vines, who hold the District 2 and 4 seats, respectively, joined as interim appointees last year when their predecessors, Vicky Hulick and Julia Perkins, resigned midterm.

As of April 21, neither had filed to appear on the ballot, leaving District 4 candidate Jason Maresh currently unopposed.

Maresh, a parent from Windsor, has frequently used the public comment period at School Board meetings over the past several months to speak against Isle of Wight County Schools’ equity and inclusion initiatives.

Maresh, according to Betterton, is presently the only School Board candidate to have filed paperwork to appear on the November ballot.

Any qualified voter who wishes to enter the local elections as a candidate can pick up a packet at the Isle of Wight County Registrar’s Office at 17106 Monument Circle.

In addition to the local races, four Republican candidates — Jarome Bell, Andrew Baan, Tommy Altman and state Sen. Jen Kiggans — will face off in a June 21 primary to determine who receives the party’s nomination to challenge U.S. Rep. Elaine Luria, D-Va., in the Nov. 8 general election. Luria, a Democrat, has no challengers within her own party for the 2nd Congressional District seat, according to the Virginia Department of Elections.

Isle of Wight County moved from the 3rd District to the 2nd District as a result of statewide redistricting in 2021. In-person early voting at the Isle of Wight County Registrar’s Office for the Republican primary will begin May 6 and continue through June 18. The deadline to register to vote or update voter registration in time for the primary is May 31.