IWCS names teacher of the year 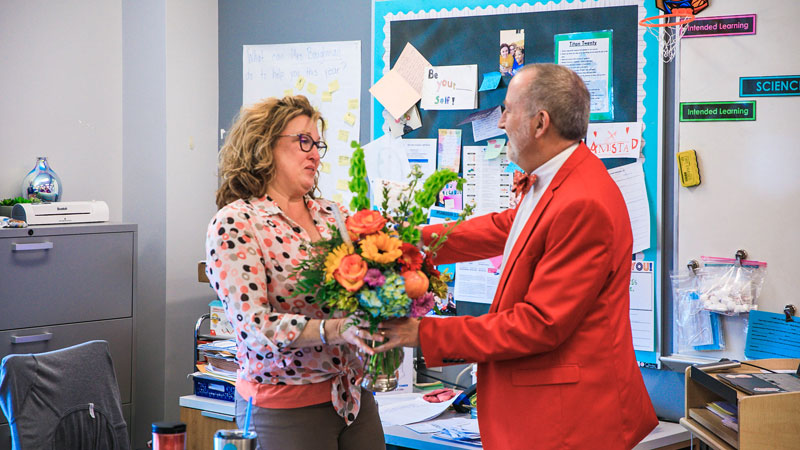 She’s a graduate of Windsor High School and Longwood University. She received her master’s degree in special education from Regent University with an additional certificate as a reading specialist.

In 1994, she began teaching fourth grade in Newport News. In 2008, she and her family moved back to Windsor, where she became an eighth grade English teacher at the former Windsor Middle School, in the same classroom where she was once a fourth-grade student. Throughout her career, she has taught every grade from preschool through eighth.

As a middle school teacher, she has held several leadership positions, including president of the Booster Club, grade-level chairperson and member of the school leadership team. She resides in Franklin with her husband and two sons.