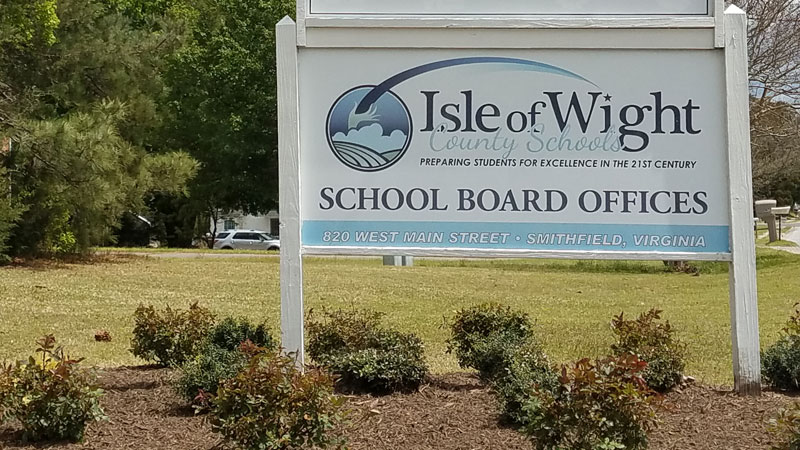 Isle of Wight County's School Board will hear a second challenge to content available on school-issued iPads.

Isle of Wight County’s School Board has called a special meeting tonight to hear another parent’s objections to content available on school-issued iPads.

Candice Vande Brake, the mother of a Windsor Elementary kindergartner, had started the process outlined in School Board Policy KLB several months ago for challenging books and other learning resources – in her case, the eMediaVA and Discovery Education apps.

Among the content she found objectionable was a children’s book titled “Max and the Talent Show,” which features a transgender character, and a news article titled “Police shooting of Louisiana man sparks outrage.” Vande Brake characterized the material as “fostering mindsets that could contribute to diminished family and religious values.”

Though she’d successfully petitioned to have the apps removed from her own child’s device, she’d gone to the School Board March 30 seeking to have them removed from every iPad issued to Isle of Wight County Schools’ 5,500-plus students.

The eMediaVA app is developed by WHRO, a Hampton Roads public broadcasting station owned by a collaboration of 21 public school divisions. According to the school system, it curates digital content from a variety of sources, including PBS, Colonial Williamsburg, NASA and the Smithsonian. Discovery Education is similar, but was developed on a national scale. The School Board voted to keep using both apps.

The School Board had been set to hear another challenge to Discovery Education and two additional apps that evening from Smithfield High School parent Heidi Swartz. But Swartz asked to reschedule, stating her challenge had been even broader and included everything available via a student’s “Clever” account. According to IWCS spokeswoman Lynn Briggs, the Clever system is essentially a digital launching pad where students can log in and access online content available to them through the school system.

Swartz’s rescheduled appeal to the School Board was initially set for April 7 but was postponed again, this time to 5 p.m. today, April 19, at Westside Elementary School.

TEDEd, according to Briggs, is an education-related version of TED Talks – a nonprofit platform that produces short recordings of speakers talking about particular issues. MackinVIA, she said, is a digital library, intended to provide students and teachers access to books and scholarly resources via the internet.