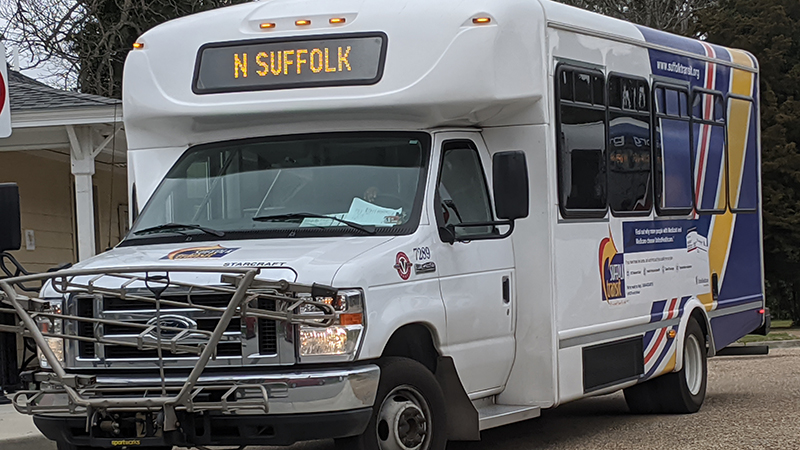 Isle of Wight County and Suffolk plan to jointly apply for Virginia Department of Transportation funding this summer for a project that would expand the city’s public transit system into the town of Windsor.

According to Jamie Oliver, the county’s director of transportation, the proposed route would include stops at downtown Suffolk, Sentara Obici Hospital, the county’s Shirley T. Holland Intermodal Park and Windsor.

The project would be submitted for the upcoming round of Smart Scale, a VDOT formula for evaluating the cost versus benefit of proposed transportation improvements. Approved public transit projects would receive 80% state funding and have a 20% local match, Oliver said, which the county would split with Suffolk.

The proposed 1-hour round trip route would originate at the downtown Suffolk transfer station. It may also include the creation of a park-and-ride in Windsor with one to five designated spaces.

According to past reporting by The Suffolk News-Herald, plans for the Suffolk-to-Windsor route were previously discussed at a 2020 meeting of the Hampton Roads Transportation Planning Organization, at which the city’s public works director, L.J. Hansen, said Suffolk Transit was looking to make connections with regional partners and expand service to more rural areas in the city and in Windsor.