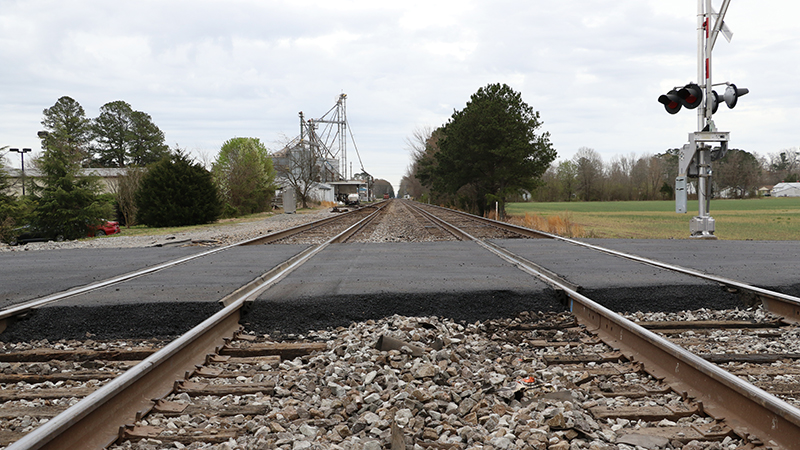 Norfolk Southern’s railroad crossing on U.S. Route 258/South Prince Boulevard in Windsor has been repaired, with VDOT reopening the road the morning of Wednesday, March 23.

Nina Ullrich, senior communications specialist for VDOT Hampton Roads Public Affairs, stated in a March 17 email that a full closure was planned for U.S. Route 258/Prince Boulevard in both directions between U.S. Route 460/Windsor Boulevard and Route 603/Blackwater Road at the railroad crossing starting Monday morning, March 21, through midnight on March 27.
Connor Spielmaker, Norfolk Southern media relations manager, explained why the closure ended up being shorter than that.

“We provide VDOT with a window of time that this crew will be coming so they can alert local travelers that at some point between, say Monday and Sunday, the crossing will be closed for repairs, and then when we have a more specific time frame, we let them know (and then obviously once the work is done, the crossing can be reopened),” Spielmaker stated in a March 24 email. “We are unable to provide a specific window until typically even the day before as this crew works its way along and can be impacted by a number of forces.”

Windsor Town Manager William Saunders had previously noted that the crossing had been a notable subject of citizen concern. He stated that all of the complaints regarded the section of the crossing that was sinking and causing a depression in the roadway.

Spielmaker confirmed that the required work was exactly what Norfolk Southern expected.

In a previous email interview, he stated, “Typically, these types of crews will replace ballast that supports the track, replace ties and repave the crossing.”

He said the initial work is done in a day, and then another crew comes out to do the repaving.