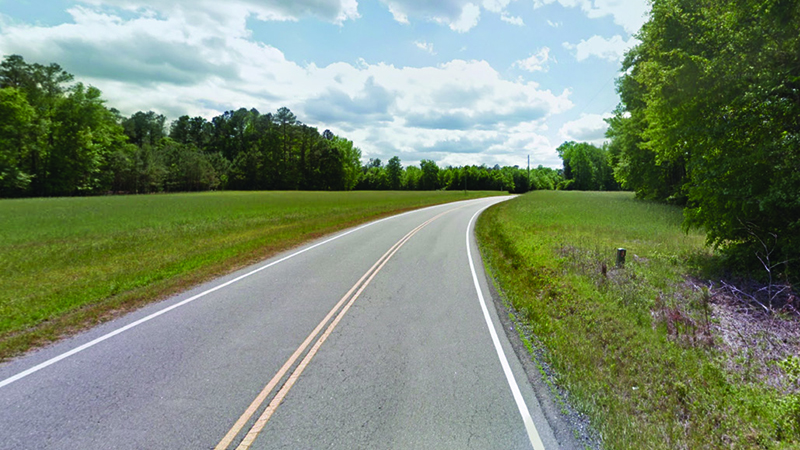 Isle of Wight County plans to apply for grant funding to repave and widen the shoulders and lanes of Route 620, concentrating on a 1-mile stretch where the majority of crashes have occurred.

Isle of Wight County is looking to save money by scaling back its plans to resurface Broadwater Road.

The roughly 10-mile roadway, also known as Route 620, spans from just outside Smithfield — where it’s known as Foursquare Road — to Isle of Wight’s border with Southampton County at the Blackwater River.

As of last year, the Virginia Department of Transportation was projecting a cost of just over $11 million to repave the 1.7-mile stretch of the roadway from Broadwater’s intersection with Strawberry Plains Road to the county line.

Reducing the scope of the project to a 1-mile S-curve where the majority of serious crashes have occurred would save the county the most money, according to an analysis of lower-cost alternatives.

The improvements would include widening the road’s shoulders and lanes.

The county also looked at minimizing the improvements by widening the road’s shoulders and lanes to less than the width VDOT had initially recommended, which came in at around $8 million but would still include the full 1.7-mile stretch..

According to Jamie Oliver, the county’s director of transportation, Isle of Wight has two options for funding the $4.78 million reduced-scope project. The county can apply for cost-sharing grants or it can apply for 100% funding via the federally funded Regional Surface Transportation Program. Oliver recommends the county apply for every grant it can, then see what gets offered.

The window to apply for RSTP funding will open this summer, while Oliver expects the cost-sharing grants to open for applications at the end of the year.

To be competitive, Oliver is advising the county to go with the $4.78 million option, given that Broadwater has a high traffic volume for a secondary road and some regional traffic, but is not regionally significant.