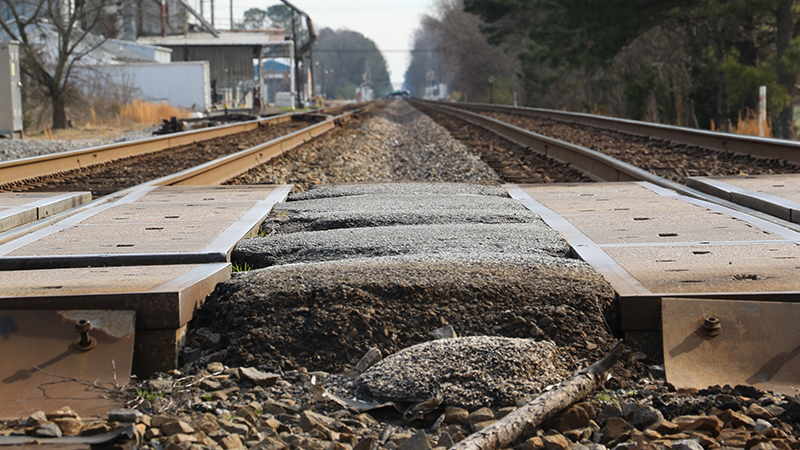 Norfolk Southern’s railroad crossing on U.S. Route 258/South Prince Boulevard in Windsor has multiple sinking spots in the roadway between the railroad tracks that the corporation is set to begin repairing Monday, March 21.

The Virginia Department of Transportation reported that the repair work will require motorists using that stretch of road to take a detour for the majority of the week.

Nina Ullrich, senior communications specialist for VDOT Hampton Roads Public Affairs, stated in a March 17 email, “At this time, a full closure is planned for Route 258 (Prince Boulevard) in both directions between Route 460 (Windsor Boulevard) and Route 603 (Blackwater Road) at the railroad crossing, starting at 7 a.m. on March 21 through midnight on March 27. All work is weather dependent and subject to change.”

She said a signed detour will be in place directing motorists on U.S. Route 460.

Windsor Town Manager William Saunders has noted previously that the crossing had been a subject of significant citizen concern.

“In the last year, town staff have forwarded numerous complaints from citizens to the railroad (company) in regard to the failing crossing on Route 258,” he said, adding that all of the complaints regard the section of the crossing that is sinking and causing a depression in the roadway.

A visual inspection of the crossing has revealed multiple sinking spots in the roadway between the railroad tracks. One of the spots seems to have affected a piece of the railroad equipment, causing that piece to be noticeably out of alignment compared to the others.