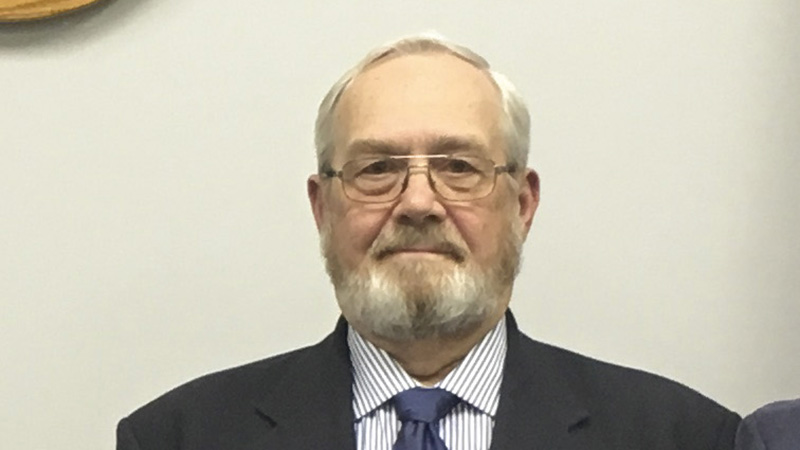 Windsor Town Councilman George Stubbs announced at the March 8 council meeting that in a reversal of his prior decision not to seek reelection to the council, he will now be a candidate for mayor this November.

Stubbs’ reveal of his original decision not to run for reelection came at the Feb. 8 council meeting, shortly after Mayor Glyn T. Willis shared that he also would not be running again.

At the Feb. 8 meeting, Stubbs said, “Since we’re putting words out on the street, I would like to notify council and anybody in the audience that I will not be a candidate for council on the next ballot. I am serving my last year — a lot to do with my age, a lot to do with some other things that I may decide to do.”

Stubbs, who is nearing the end of his first four-year term as a councilman, then noted that he is the oldest member of the Town Council.

“I’ve learned a lot and will continue to do my best, but I will not be a candidate come November,” he said Feb. 8.

During the March 8 meeting, he acknowledged this announcement, and he said that after he made it and after an article in the Windsor Weekly helped publicize it, he received several phone calls and visits from people.

“After much discussion, that decision that I made has been reversed,” he said. “I will be a candidate for (the) mayor’s position on the 2022 November election ballot, on November the 8th.”

Willis confirmed moments later that his own plans to not seek reelection have not changed. He is nearing the conclusion of his first four-year term as Windsor’s mayor.

“I’m anticipating that next year this time, someone else will be sitting in this seat other than myself,” he said at the Feb. 8 meeting. “Due to a number of factors ranging from my current age of 65 and some of the things associated with that to some family situations and so forth, I look to helping someone else serve as the mayor and will not be looking to be on the ballot in November.”