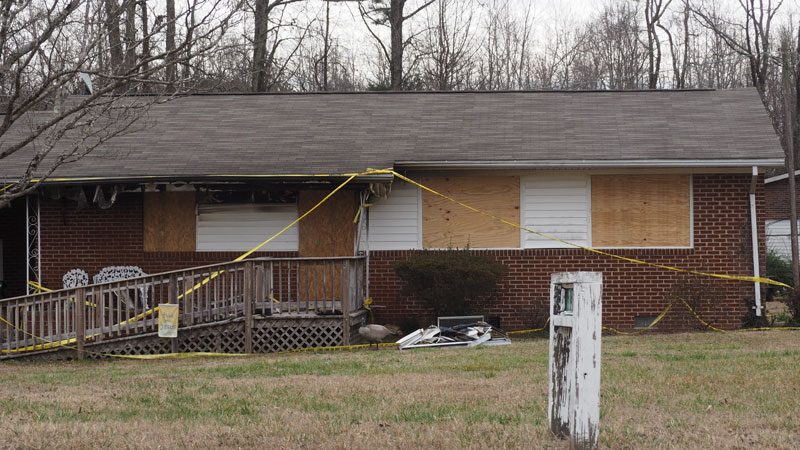 A house on Courthouse Highway is now boarded up after a Feb. 19 fire. The home's bedridden occupant was reported as being in critical condition, and two firefighters and a Sheriff's Office deputy were also injured. Stephen Faleski | Windsor Weekly

An Isle of Wight County resident was in critical condition following a house fire that also injured two firefighters and a Sheriff’s Office deputy over the weekend.

The blaze occurred just after 7 p.m. Saturday at a house in the 13500 block of Courthouse Highway. Bystanders informed firefighters and medics that a bedridden person was trapped inside.

Units from Smithfield’s and Carrollton’s volunteer fire departments, as well as the Isle of Wight Volunteer Rescue Squad, the Isle of Wight County Sheriff’s Office and the county’s Department of Emergency Services, responded and successfully removed the occupant, who was found to be suffering from burn injuries and smoke inhalation. The occupant was then taken to a local trauma center.

According to Smithfield VFD Deputy Chief Charlie Kempton, the two injured firefighters and the injured deputy have since been released from the hospital.

The cause of the fire is listed as “undetermined” and is under investigation by the Virginia State Police.