Kristian Wilkins Lowry, 49, of Chesapeake, passed away on Feb. 3, 2022, from heart failure due to decades of fighting Hashimoto’s disease and other complications. She was a courageous woman, fighting her illness while living her life as a “Kingdom Builder,” with unwavering dedication to the Lord and His Word. This led to her following the Lord with her immediate family as a Messianic Jewish believer for the past several years. She started each and every day praying for her family and others. She has instilled this love of the Lord to her husband, two daughters, and the many souls she evangelized to throughout her years.

Kristian was born in Fort Benjamin Harrison, Indiana, on April 25, 1972. Her father served as a chaplain in the U.S. Army, and mother served as a civilian employee for the Department of Army. Due to this, she has lived in many places in the United States and Europe but has always called Augusta, Georgia, her home.

After she earned her Bachelor of Arts in English from the University of Connecticut, Kristian worked communications for Connecticut Sen. Chris Dodd, pivoted into mortgage banking, and then opened her own dog behavioral business. Known as “The Dog Lady,” she helped dog owners to work well with their dogs as well as train search and rescue dogs with NATO troops. She had a strong love for animals, but her passion was in the work she did as a K-9 behaviorist. She was an animal rights activist, focusing on German shepherds, and wrote a practical dog training book, “God Doesn’t Make Bad Dogs,” in 2010. Of her many strengths and accomplishments, she was most proud of her daughters and the path they have chosen in life.

Kristian met her husband, Jan Willem Schipper Lowry, in Norfolk in 1996 and quickly fell in love. They were married a year and a half later, on Dec. 13, 1997, and started a family together.  They felt like they knew each other for a lifetime. They were happily married with a beautiful loving devotion to each other.

Exuding charisma, kindness, and generosity, Kristian was a light everywhere she went. She had such an inviting and loving spirit and never met a stranger. She brought pure joy to others, and she made those around her feel as though they were the only one who mattered. She took pride in her love of cooking, hosting and witnessing the love of the Lord to all she met.

She is survived by her husband, Jan, having celebrated 25 years of their love together; daughters, Kallan, of Washington, D.C., and Julianna, of Chesapeake; parents, Lafayette and Martha Wilkins, of Suffolk; sister, Dana (Jeffrey) Ewaldt, of Crawfordville, Florida, and other family and friends.

A memorial service will be held at 2 p.m. Feb. 11, 2022, at Bethlehem Christian Church, 1549 Holland Road Suffolk, VA 23434. The Rev. Rob Slingluff and the Rev. Wayne Gardner, a family friend, will be officiating. There will be a reception directly following the service.

The family wishes to thank the Bethlehem Christian Church family for hosting the service and reception. In lieu of flowers, memorial donations may be given to the American Thyroid Association (ATA), 2000 Duke St., Suite 300, Alexandria, VA 22314 or www.thyroid.org/donate. R.W. Baker & Co. Funeral Home and Crematory, Downtown Suffolk Chapel, is serving the family. 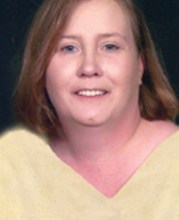