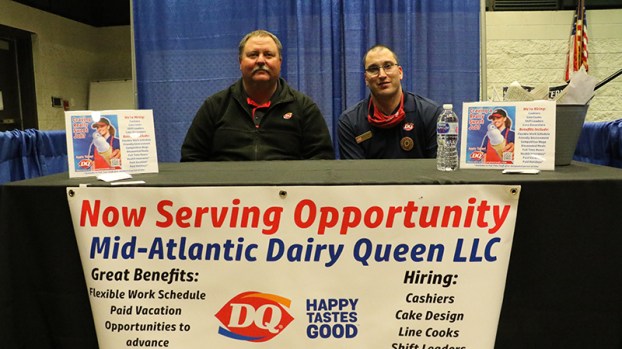 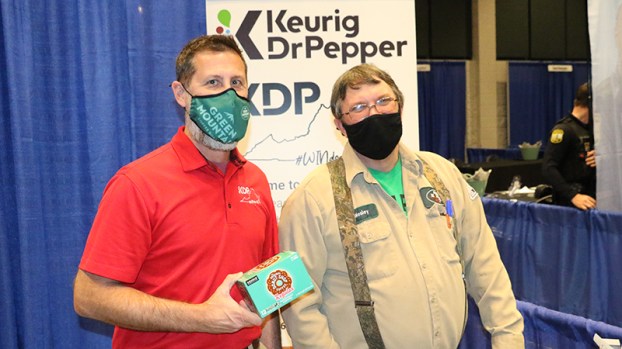 Twenty-seven vendors took part in a productive job fair Jan. 26 in Franklin, including six organizations that have a presence in the town of Windsor.

Fair organizer Michelle Gray with The Tidewater News said turnout at the event was lower compared to previous years, but steady.

Kenny Pepper and Wesley Dorsey, who helped represent Keurig Dr Pepper at its booth, spoke positively about the interactions they were able to have at the fair, which ran from 3 to 6 p.m.

“We have been steady at this table the entire time — from the time it opened until now,” Dorsey said near the end of the event. “We’ve got one really great hopeful, a lady we were talking to that may be able to fill one of our spots if she’ll apply for it. She has a lot of experience, background, similar training.”

Referring to Keurig Dr Pepper’s presence at the event, Pepper said, “Some of this, too, is just community outreach, just us trying to get our brand out there and let people know, ‘Hey, we’re actually in Windsor — Keurig Dr Pepper, right there. Good place to work, good place to be.’”

At the Mid Atlantic Dairy Queen booth, Mark Pierce was representing the company with Brandon Vaughan. Pierce said he has been to this job fair in Franklin about three times.

“I wanted somebody with me today because that last time I came, I bet it was 500 people who came (in the building),” he said.

He said the event could still bear some fruit for Mid Atlantic Dairy Queen, which has locations locally in Franklin, Courtland and at 61 W. Windsor Blvd. in Windsor.

“I think we might have talked to one or two people that there’s a possibility maybe we’ll get them,” he said.