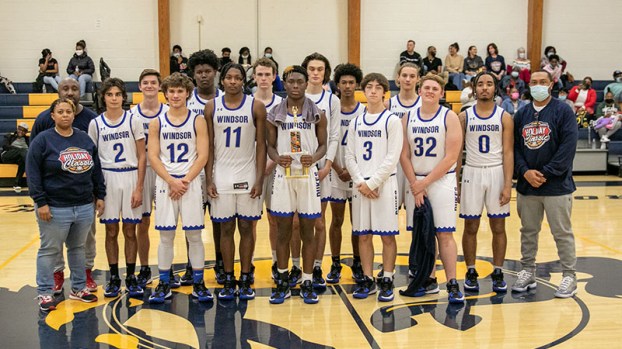 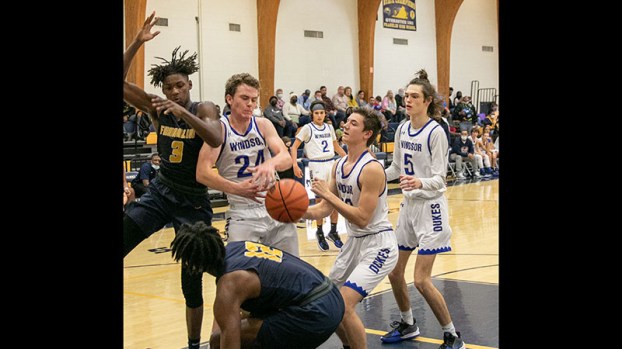 Members of the Windsor High School and Franklin High School varsity boys basketball teams battle for possession of the ball on a rebound Dec. 30. (Frank A. Davis photo) 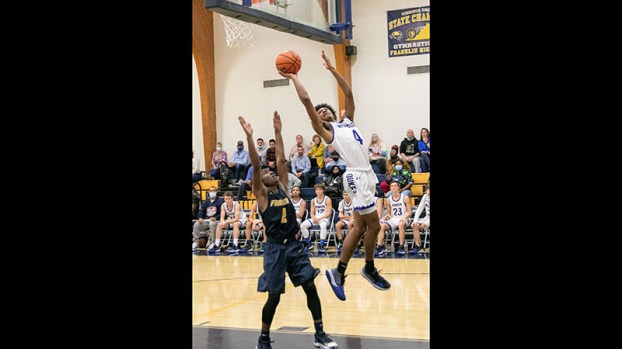 By Frank A. Davis and Titus Mohler

Attendance was fair at the two-day tournament that tipped off on Dec. 29, with the Dukes defeating the Drifters of Colonial Beach High School, and the Broncos winning against the Amelia County High School Raiders.

These results led to a Dec. 30 consolation game pitting Amelia against Colonial Beach. The Raiders defeated the Drifters with a score of 63-44.

For the championship game that followed, the Broncos played against the Dukes and took the lead early in the first quarter. Franklin was up 29-18 at the half and held on to claim victory with a score of 52-35.

Preston Davis led the scoring for the Dukes with 10 points. The Broncos had two players score 16 points in the championship game — Kenaz Jones and Derrick Perry.

“Even though we came up short of winning the championship, I’m very proud of my guys for coming out each night and competing and playing hard,” Jackson said. “This was our first holiday tournament together as a team. My players learned a lot and enjoyed the experience. I look forward to playing in the tournament again next year and hope to finish with the championship.”

In comments made shortly after the title game, Cutchins said, “Hats off to Windsor, they have come a long way. They have a great program working over there, and the kids played extremely hard, and it showed last night in them getting a victory against Colonial Beach.”

Named to the all-tournament team were Davis and DonTavious Hayslett for Windsor, Perry and Jones for Franklin, Trenton Parkhurst for Amelia and Logan Coldwell for Colonial Beach.