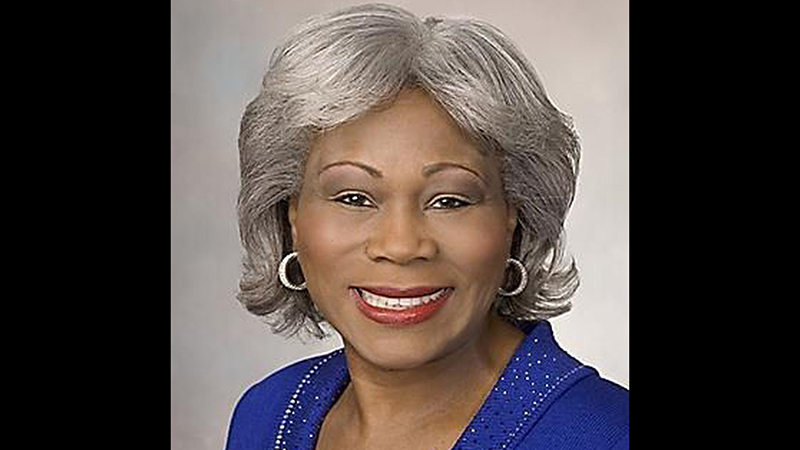 Lucas (D-Portsmouth) represents Virginia’s 18th District, which — prior to new voting district maps the state Supreme Court approved on Dec. 28 — included Isle of Wight, Southampton and Surry counties, as well as parts of the cities of Franklin and Suffolk.

Lucas had filed the suit in Portsmouth’s Circuit Court last June, which accused the sergeant and former police chief of having worked together in 2020 to bring felony charges against her “wholly without probable cause” and by “bypassing the Portsmouth Commonwealth’s Attorney, with actual malice.”

The charges had stemmed from Lucas having appeared during a June 10, 2020, protest at the site of Portsmouth’s now-removed Confederate monument. She’d been recorded on camera telling Portsmouth police officers that the protesters were planning “to put some paint on this thing,” referring to the monument, and telling the officers, “Y’all cannot arrest them.” Several hours after Lucas left, a man was severely injured when protesters caused a piece of the monument to fall on him.

Two months after the incident, Greene held a press conference to announce two felony charges against Lucas: conspiracy to commit a felony and “injuring” a monument valued in excess of $1,000.

Greene and McGee had gone to Magistrate Mandy Owens to secure arrest warrants against Lucas and 18 other protesters rather than providing Portsmouth Commonwealth’s Attorney Stephanie Morales with the results of their investigation, arguing that Morales could potentially be called as a witness to the alleged crimes. But a judge struck down that argument after learning Morales was not present at the protest, putting the decision on whether to move forward with the prosecutions back into her hands.

Morales subsequently petitioned the court to drop the charges against the 18 protesters and Lucas, arguing they had a valid “entrapment-by-estoppel” defense. The term refers to when police lead a defendant to believe his or her conduct is lawful, in this case by not intervening the day of the protest, and then choose to prosecute that person after the fact.

After being served with Lucas’s lawsuit, Greene motioned for the matter to be remanded to Norfolk’s federal court, citing Lucas’s Fourth Amendment claims under the U.S. Constitution. On Dec. 23, Greene’s attorney, Brian Casey, and Lucas’s attorney, Verbena Askew, filed notice that the matter had been settled out of court.

According to a Dec. 30 court filing, the matter will be “dismissed agreed with prejudice.” The documents make no mention as to the terms of the settlement agreement.

Lucas issued a statement on the settlement on Jan. 7:

“My lawsuit regarding the actions around the June 10th, 2020 demonstration speaks for itself,” she said. “I’m pleased the City of Portsmouth has agreed to settle this matter on behalf of former police chief Angela Greene and Sgt. Kevin McGee.

“I also understand that any settlement from a locality impacts their ability to fund critical programs in our community. That’s why I am pledging that I will be donating the entirety of what I receive in the settlement to the charitable efforts in our community I have been involved with for so many years. These funds will be used to help our most vulnerable communities and will help continue the work I have been doing — and will continue to do — to benefit our community.”

Lucas had previously filed a $20 million defamation lawsuit against Del.-elect Tim Anderson (R-Virginia Beach), who, in a WAVY-TV interview and on his law firm’s social media, had claimed the senator’s actions on June 10, 2020, constituted a felony. But a judge rejected her defamation claims and dismissed the case, citing First Amendment freedom of speech protections.

Greene, who was fired as Portsmouth’s police chief the same day as Lucas’s felony charges were dismissed, has filed her own lawsuit against the city, which alleges wrongful termination. That case is still pending, with a pre-trial proceeding scheduled for Jan. 27 in Portsmouth’s Circuit Court.