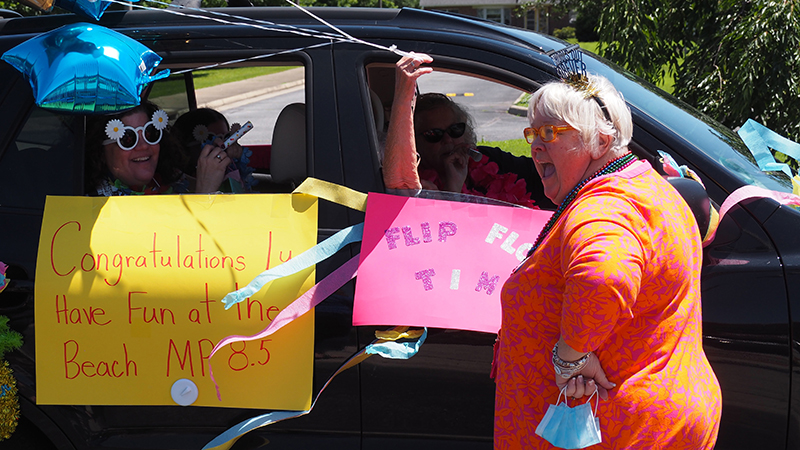 It was a long year full of ups and downs for Windsor. Here’s a look back at the stories that dominated the headlines in the first half of 2021. The second half of the year will appear in next week’s edition. Stories are listed on the date of the edition in which they ran.

January 2 — Consulate Health Care of Windsor was reporting an outbreak of COVID-19 at the turn of the year, but at the time there were only two active cases — the minimum needed to declare an outbreak.

January 16 — Windsor announced plans to poll its citizens on the idea of moving Isle of Wight County’s Confederate monument to the town’s municipal cemetery.

January 30 — Isle of Wight County’s Board of Supervisors once again gave approval for an 85-megawatt solar farm just outside the town limits of Windsor. Ecoplexus Inc. is the developer.

February 13 — Reversing talks of a citizen survey, the Windsor Town Council outright rejected the idea of Isle of Wight County’s Confederate monument being relocated to the town’s municipal cemetery.

February 20 —  Isle of Wight County’s Board of Supervisors voted unanimously to relocate its Confederate monument. The new home was yet to be determined at that time.

February 27 — Legislation that would have allowed Isle of Wight County voters to OK a sales tax increase to pay for new school construction died in a General Assembly House of Delegates Finance subcommittee.

March 6 — Students at Georgie D. Tyler Middle School unveiled their extensive research into the school’s history, culminating in a display at the school, “Living Legacies.”

March 20 — A tornado touched down in southern Isle of Wight County around 9:30 p.m. March 18, damaging Collosse Baptist Church as well as other buildings, including homes and outbuildings.

March 20 — A third outbreak of COVID-19 at Consulate Health Care of Windsor was reported. Five residents and four staff members had tested positive.

April 3 — The Board of Supervisors told Windsor Town Council it wants to see a finalized memorandum of understanding before the board voted on whether to front money to replace the Windsor Town Center roof.

April 10 — Video from a December 2020 traffic stop in Windsor went viral and caused a nationwide outcry. U.S. Army 2nd Lt. Caron Nazario filed a lawsuit in federal court April 2, accusing two Windsor Police Department officers of holding him at gunpoint and assaulting him during the traffic stop on U.S. Route 460. Both officers, Daniel Crocker and Joe Gutierrez, were still on the force when the video came to light.

April 17 — Windsor Police Department Chief Rodney Riddle told media Gutierrez had been fired in the week after the video came to light because Riddle “lost faith in his ability to continue to serve the community.”

April 24 — Windsor Town Council signed off on a memorandum of understanding with the county governing shared use and funding of Windsor Town Center.

May 8 — The Windsor Town Council approved more than $25,700 to help the Windsor Police Department purchase the Lexipol service, which Riddle said would provide his department with a current policy manual incorporating best practice standards.

May 15 — The Isle of Wight Confederate monument was removed on May 8 from outside the county’s courthouse, where it had stood for 115 years. It was relocated to land owned by Volpe and Jennifer Boykin, who had submitted a proposal to give it a new home.

June 5 — Isle of Wight Academy graduated 40 students in its Class of 2021 graduation ceremony.

June 26 — Luann Scott gets a surprise sendoff from her education career with a drive-through parade at Windsor High School. She left with a cumulative 45 years as an educator, 35 of them at Windsor.