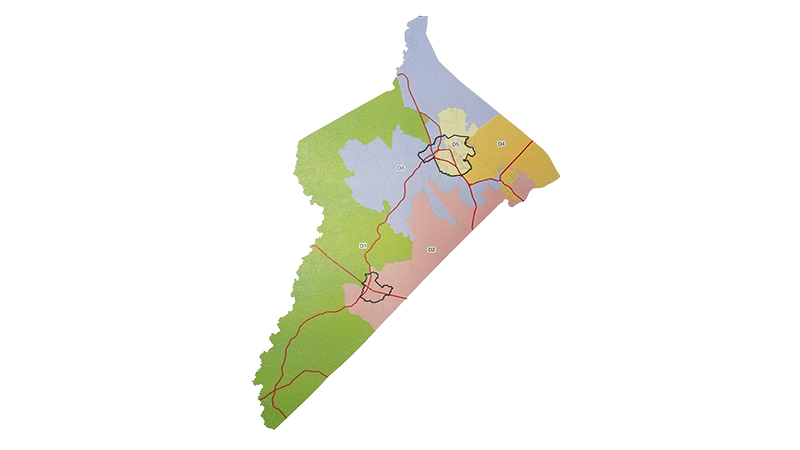 Isle of Wight’s Nov. 18 redistricting public hearing drew only three speakers, all in opposition to the county’s proposal for redrawing its five voting districts based on 2020 census data.

The proposed map would extend the county’s Hardy District — designated “D3” — into the Benn’s Grant area and part of Carrollton and place a stretch of Grace Street that had moved to Hardy in 2011 back into the “D5” Smithfield District.

It would also extend the Windsor District — designated “D2” — alongside the county’s border with the city of Suffolk even further into Carrollton than the district currently extends.

Carrollton resident Thomas Distefano, who would be redistricted from the county’s “D4” Newport District to Windsor, objected to the “unexpected and abrupt changes.”

“I’m satisfied with my current elected representative within the Newport District … this is true with many of my neighbors in and around the Founders Pointe area,” Distefano said.

Per federal and state constitutional requirements, the redrawn districts must be more or less equal in population, be contiguous, compact and not discriminate based on race. The least-populated district is allowed to deviate up to 5% from the most populated district, meaning each can go up to 2.5% above or below the ideal 7,759 residents per district based on a total county population of 38,795.

Anything above that may be subject to challenge, County Attorney Bobby Jones previously warned, though deviations of up to 10% may be permitted, according to Andrew McRoberts, the county’s outside legal counsel for the redistricting process. The Newport District, as it’s currently configured, has upwards of 9,000 residents, making it the county’s most populous.

Per the federal Voting Rights Act, there must also be at least one minority-majority district based on the ratio of white residents to people of color and whether voters consistently vote to defeat minority candidates. The advertised map achieves a 49.54% minority population in the proposed Hardy District, which increases to just over 50% when counting only those of voting age.

Herb De Groft, a current Hardy District resident, called the irregularly-shaped districts resulting from the county’s efforts to maintain a minority-majority Hardy District “ridiculous,” and called for the redistricting process to “get away from being driven by race.” He specifically took issue with the shape of the Carrsville District — designated “D1” — which would continue to span from the county’s southern tip up to its border with Surry County.

Don Rosie, the current Carrsville District representative on the Board of Supervisors, lives “way down there” toward the southern tip, De Groft said, while “folks up in the upper-left corner of the Carrsville District, other than seeing Mr. Rosie’s picture in the paper, they don’t know what he looks like.”

While the proposed map appears to show two non-contiguous sections of the Windsor District, they are actually connected by a single census block that spans the width of a stream.

The county has no control over the boundaries of individual census blocks, Jones said.

The Board of Supervisors has scheduled a joint meeting with its redistricting task force for Nov. 22 at 6 p.m., at which McCarty said he’d like to look into “other alternatives.” The meeting will be held in the boardroom of the Isle of Wight County government complex at Monument Circle. It will be open to the public, but will not include any additional comments from residents.

Per state and federal law, Virginia localities have until Dec. 31 to complete the redistricting process and submit their final maps to the state attorney general’s office for final approval. 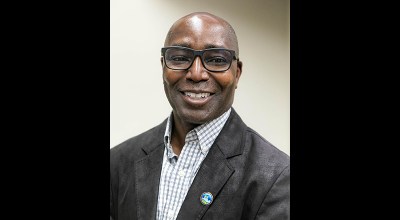 Petition seeks to recall Vines from School Board 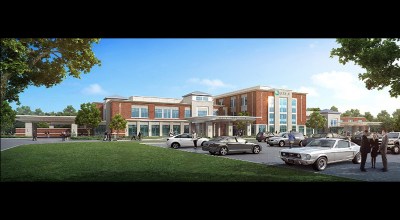 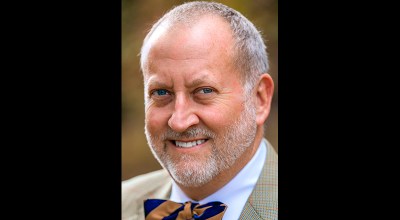 Thornton to retire as IWCS superintendent