Thornton pushes back on ‘lying’ accusations 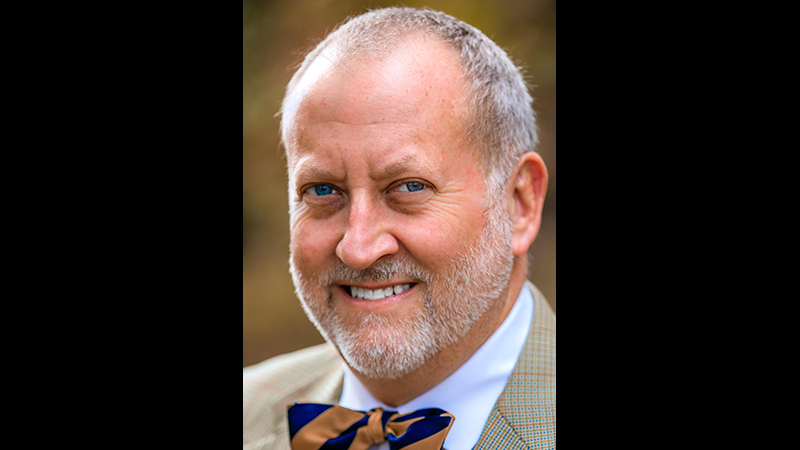 Superintendent Dr. Jim Thornton is pushing back against statements from the Isle of Wight County Sheriff’s Office and members of a local citizens group suggesting he lied about receiving four death threats from an opponent of Isle of Wight County Schools’ equity and inclusion initiatives.

“I received the first threat on Sept. 4,” Thornton said, reading, “Just look at all that equity. I have a lot more of your queen and some of you too.”

The Smithfield Times obtained a copy of the email, which shows a picture of the school system’s coordinator of equity and inclusion, Kiyaana Cox-Jones, implying she was the referenced “queen.”

“The next email will CC every newspaper and TV station in the state. Tick Tock, Jimmy,” Thornton continued to read.

“At first I didn’t think too much until others … said ‘tick tock,’ the way it’s spelled, is actually like a clock, not the TikTok (social media app) and tick tock could be a ticking bomb,” Thornton said. “And with today’s volatile society, I took it as a threat.”

The Times has submitted a Freedom of Information Act request of the school system for the remaining emails, but has not yet been provided with copies.

Thornton said he initially contacted Isle of Wight County Schools’ Information Technology Department and asked staff members if they could trace it, but was told since it was anonymous, only law enforcement could dig deeper into the sender’s identity.

“On Tuesday, Sept. 7, I emailed Lt. (Anthony) Edwards, who works with the schools, and sent him the email,” Thornton said.

Edwards is listed on the Sheriff’s Office’s website as a member of the department’s command staff.

Thornton said he’d then forwarded the email directly to Sheriff James Clarke Jr. after learning from his secretary that Edwards was on vacation that week.

The Sept. 7 email exchange between Thornton and Edwards, which The Smithfield Times obtained from the school system, acknowledges the Sheriff’s Office as having received a copy of the Sept. 4 email and Thornton’s request that they begin an investigation.

“On Sept. 8, I spoke with Cpl. (Alex) Johnson on the phone, who was very helpful,” Thornton said. “He stated that they would have increased coverage at the School Board meetings and asked me to send him my address and phone number so that my house could be checked and that my number would go into the 911 priority protocol. I sent him an email that day with my address and phone and three minutes later he responded in an email that stated, ‘I just added you to the checklist.’”

Sept. 8 emails between Thornton, Cox-Jones and Johnson confirm both school administrators as having been added to the Sheriff’s Office’s patrol checklist.

Thornton said he received another threat on Sept. 15. It read, “Hey, Jimmy. Look what I found.” Beneath this statement was a YouTube video recorded inside one of the county’s public schools. “You have a fan club,” Thornton continued to read. “I know you’re so proud of yourself. This is only the beginning. Tick tock, Jimmy.”

“How many do I have to receive until someone finds out who this is?” an exasperated Thornton asked. “My wife is scared to stay at our house alone.”

But Sheriff’s Office spokesman Capt. Tommy Potter told The Smithfield Times via email on Oct. 11, roughly a month after Thornton had initially contacted his agency, that there were “no investigations being conducted concerning any threats.” After the Times obtained the emails confirming the agency’s awareness of the anonymous emails, Potter added on Oct. 12 that Thornton “has never filed an official report.”

“As you can see, someone was doing some kind of investigation; there’s a whole lot of phone calls and emails from the police myself and my staff,” Thornton said.

Thornton then said he received two additional threats while sitting at the county Board of Supervisors meeting on Sept. 16, and he also forwarded those to Edwards.

“At no time during these phone calls and email exchanges did anyone from the sheriff’s department tell me that I need to file an official report,” Thornton said. “With all the back and forth, I felt like this was being investigated.”

Thornton, speaking to the Times after the meeting, said he isn’t blaming the Sheriff’s Office as a whole for the lack of progress in identifying the emails’ sender.

“I would say many of the sheriff’s department have been very responsive,” Thornton said.

But he takes issue with Potter’s denial of an active investigation.

“To imply that there’s nothing going on when there’s a lot going on put me in a very bad light and I don’t appreciate that,” Thornton said.

With Potter’s denial on record and no police report on file, some critics have accused Thornton of lying or exaggerating the threats.

Volpe Boykin, who serves as president of the Southern and Central Isle of Wight Citizens Group, emailed the county’s five supervisors on Oct. 9 asking that they require Thornton to provide proof of the alleged threats.

“Many times when persons make this accusation and no death threat has been made, they do not file an official police offense report because the police will investigate it and if they find the report to be false, they will charge the person filing it with violation of Virginia Code 18.2-461, a class 1 misdemeanor crime, filing a false police report,” Boykin wrote. “From the information legally available I have been unable to find where Superintendent Thornton filed a police report or that there is an investigation of death threats against him.”

Boykin and his group have been outspoken opponents of the school system’s equity push, saying it’s being influenced by Critical Race Theory. CRT, as it’s often abbreviated, argues American law and institutions have perpetuated racism and inequalities among minority groups.

“Dr. Thornton, you made a very public accusation of the 20 or so families that have been outspoken regarding CRT,” said Laura Fletcher during the public comment period at the Nov. 10 School Board meeting. “You were interviewed on a local news channel and suggested that one of us had threatened your life. I’m publicly requesting that this matter be fully investigated and upon completion of the investigation, I’m requesting an equally public apology.”

“As far as I’m concerned, anonymous threats are powder sacks that can be caused by individuals watching meetings in which individuals raise their voice, finger-point and yell,” Thornton said after he’d finished reading the emails aloud. “I took these emails seriously because of the volatility demonstrated at our meetings and the way some in society are acting currently. What I find more troubling since the original threats is the accusations of some members of the Southern and Central Citizens Group, particularly Mr. Boykin, stating over and over that I am lying about the threats. It’s clear I’m not lying about the threats.”

All four anonymous emails came from the same address, R1776H@protonmail.com.

ProtonMail, according to its website, is a Switzerland-based email service founded in 2013 that allows its users to send anonymous emails using end-to-end encryption, meaning no one but the intended recipient can read them. The company markets itself as being outside United States and European Union jurisdiction and protected by pro-privacy Swiss law, with “only a court order from the Cantonal Court of Geneva or the Swiss Federal Supreme Court” being able to compel the company to release its limited user information.

“Month after month they have chosen to call me a liar and have kept this story going far too long,” Thornton said at the Nov. 10 meeting. “Every time this is brought up by these individuals is another chance to rile up the original person who sent the threats, and has continued to put me and my family in harm’s way. And now they’re the ones that are harassing me and my family, not the person who did the initial threat.”

“Some members of this group who have come forward in a respectful way to address their concerns or who have followed policy to address their concerns should be commended for expressing their views in a professional, democratic way; I applaud them,” Thornton added. “But for the rest of them, who continue to misrepresent the truth for political and personal reasons, shame on them, and perhaps they are the poor example that their own children and grandchildren should not be watching.”

“In early to mid-September our office was made aware of emails received by Dr. Thornton. He brought that to the attention of Lt. Tony Edwards, who at the time, was the supervisor of our SROs and the liaison with the central office,” Potter said. “Lt. Edwards and I reviewed those emails and saw no specific threats contained as outlined in Virginia Law … In looking at the code it was clear that no statements of death or bodily harm had been made in the emails we reviewed.”

“Being that the words, ‘Tick Tock’ were the words in questions, and could be interrupted several ways we again didn’t feel as though it rose to a criminal matter at that time,” Potter continued. “Also, since no further emails were received by Thornton, it didn’t rise to the level of harassment. Lt. Edwards did ask one of our investigators who specializes in Cybercrimes if the email could be traced. That investigator pointed out the proton server and its level of encryption.”

“We routinely get calls from citizens who received emails of various nature as well as phone calls,” Potter added. “We advise them that the best course of action is to block these calls/emails and if they continue to follow up with our office. … The Sheriff’s office takes the safety and security of our schools and those who learn and work there very serious. If these emails or any others received by the IOWCS had contained specific threats, that could have been thoroughly investigated and subsequently prosecuted then our staff would thoroughly vet those emails and conducted a complete investigation as we do in all incidents reported to our office.”

Editor’s note: This story has been updated with additional comments from Capt. Tommy Potter.