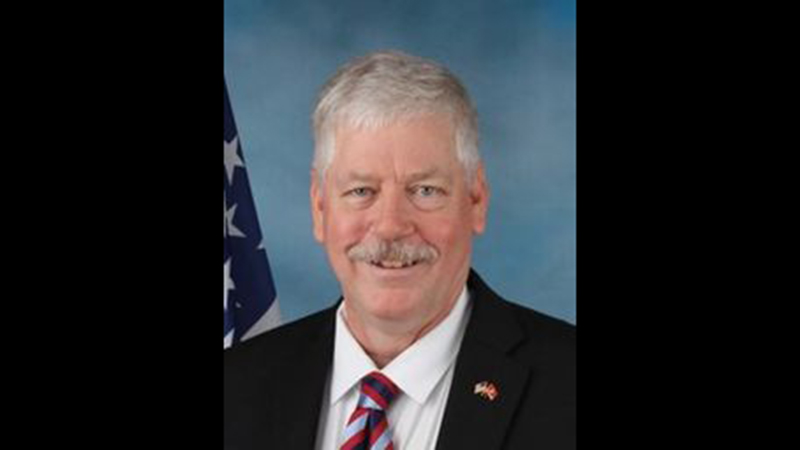 John Collick won his bid to oust Jackie Carr from the Carrsville District seat on Isle of Wight County’s School Board.

According to unofficial results the Isle of Wight County Registrar’s Office provided just after 8 p.m. Nov. 2, Collick received 53% of the vote to Carr’s 45% out of 2,964 total ballots cast in the race. There were also 36 write-ins, accounting for just 1.2% of the total votes.

Of the 2,964 total, just over 650 were absentee ballots. The absentee ballot total includes all early votes cast via mail-in ballots or in person at the Registrar’s Office. According to the Virginia Department of Elections, completed ballots that were mailed were accepted until noon on Nov. 5. Final election results are set to be certified on Nov. 15.

Carr, a former principal who retired from Isle of Wight County Schools’ central office in 2014, has served on the board since 2017. She had initially sought another term as an independent candidate but withdrew her candidacy for re-election last month after lamenting at the board’s Oct. 14 meeting that “politics” had “crept its way” into the school system. But by that time, the county Registrar’s Office had already printed the ballots.

On Election Day, polling sites in the Carrsville District included a notice of withdrawal printed on a standard 8.5-by-11-inch piece of paper informing voters that Carr had withdrawn. Carr had continued to solicit votes for herself online after officially withdrawing, ultimately netting 1,340 votes to Collick’s 1,588.

Collick, a newcomer to Isle of Wight, had moved to Carrsville in January after running unsuccessfully for Congress last year as U.S. Rep. Bobby Scott’s Republican challenger. While Virginia law only permits state and national candidates to include their political party affiliation on ballots, Collick secured the endorsement of the county’s Republican Party, campaigning on a platform of opposition to state-mandated school transgender policies and the perceived influence of Critical Race Theory in public education.

Over the past several months, opponents of the school system’s equity and inclusion initiatives have used the public comment period at School Board meetings to accuse IWCS leadership of bringing Critical Race Theory into the school system under the guise of its equity and inclusion initiatives. Critical Race Theory — which argues American law and institutions have perpetuated racism and inequalities among minority groups — has become a national controversy, with a number of Republican-led states proposing to ban teaching the concept in K-12 schools.

Carr and other school officials have maintained there is no Critical Race Theory curriculum in Isle of Wight County Schools, but critics argue Smithfield High School’s “Read Woke” challenge — which encourages students to read social justice-themed books — is evidence to the contrary.

“I’m thankful to the people who voted for me and I look forward to serving them, and really serving everybody,” Collick said upon learning of the unofficial results.

He then encouraged parents with any concerns about Isle of Wight County’s schools to contact him.

“I’m here for the kids,” Collick said. “I will serve in every way that I can to make sure every child gets a good quality education.”

“Many were hoping that this vote would result in a special election to allow more time to work to give the citizens of Carrsville a choice and a voice,” said Carr via email shortly after 11:30 p.m.

Isle of Wight County Deputy Registrar Victoria Mainwaring had told The Smithfield Times following Carr’s withdrawal announcement that should Carr still receive more votes than Collick, but decline a new term in office, a new special election would need to be held.

“The special election won’t happen, so of course, I wish Mr. Collick the best,” Carr said.