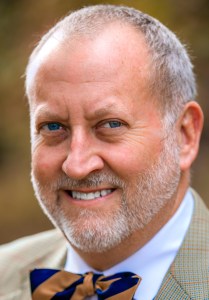 Thornton made the allegation at a Sept. 16 Board of Supervisors meeting while advocating for the release of $3.7 million in federal American Rescue Plan Act funds given to the county for the purpose of passing along to its school division. Two of those threats were made “as I’ve sat in this meeting,” Thornton said.

At that meeting, which included a public hearing on amending the school system’s budget to include the ARPA funds, a number of speakers had urged the supervisors to examine the proposed uses of the federal funds more closely — or even consider withholding the funds — over citizen opposition at recent School Board meetings to the division’s equity and inclusion initiatives. The Board of Supervisors ultimately voted 4-1 to grant the budget amendment.

Over the past several months, critics have accused the school system’s coordinator of equity and inclusion, Kiyaana Cox-Jones, and Thornton, of bringing Critical Race Theory into the school system through the equity program.

Critical Race Theory — often abbreviated CRT — argues American law and institutions have perpetuated social, economic and political inequalities among minority groups. Critics say the concept is divisive and has the potential to set Blacks and whites against each other.

School administrators say there is no Critical Race Theory curriculum in IWCS, and argue the goal of Jones’ teacher training is to eliminate the predictability of student outcomes based on race, gender, family income and other demographics. But critics point to Smithfield High School’s “Read Woke” challenge, involving encouraging students to read social justice-themed books, and an equity assignment given to students at Georgie D. Tyler Middle School Spanish students as evidence to the contrary. Both were ungraded.

“My house is being watched by the police … it is affecting my family because 20 people have decided that I’m putting CRT in the schools, which I am not doing,” Thornton said.

Deputy Chief Chris Meier of the Smithfield Police Department, however, was unable to confirm Thornton’s allegations.

“We haven’t been contacted about anything,” he said, speaking to The Smithfield Times by phone Oct. 12.

Capt. Tommy Potter, a spokesman for the Sheriff’s Office, said he too was “not aware of any specific threats towards Dr. Thornton.”

“At this time there are no investigations being conducted concerning any threats,” Potter said via an email to The Smithfield Times on Oct. 11.

But according to school system spokeswoman Lynn Briggs, Thornton has been in contact with two Sheriff’s Office deputies regarding the alleged threats, which she said were made via email. She identified one officer as Lt. Anthony Edwards, who is listed on the Sheriff’s Office’s website as a member of the agency’s command staff, and the other as Cpl. Alex Johnson.

A Sept. 7 email exchange between Thornton and Edwards acknowledges the Sheriff’s Office as having received a copy of a Sept. 4 email to Thornton signed “Tick tock Jimmy,” which Thornton perceived to be a threat on his life.

According to Briggs, Thornton’s phone number has been added to a 911 watch list, which would report any call from his number as a high priority, and his home is being watched periodically. Email records indicate the same is true for Jones.

Sept. 8 emails to Thornton and Jones from Johnson acknowledge both administrators having also been added to the Sheriff’s Office’s patrol checklist.

“They did investigate the emails and it appears they have been routed somewhere out of the United States … so the Sheriff’s Office is not able to identify the sender,” Briggs said.

“I know of at least one principal that has received a similar message,” Briggs added.

The Sheriff’s Office also increased its presence at the Sept. 9 School Board meeting, Briggs said, after Thornton asked that he and Jones be protected during the meeting and afterward as they were heading back to their cars.

Potter declined to confirm Briggs’ remarks, stating on Oct. 12 only that Thornton “has never filed an official report.”

A pattern of threats against school officials over local policy decisions is emerging nationwide, according to Associated Press reporting.

An Oct. 4 memorandum from U.S. Attorney General Merrick Garland states the federal Department of Justice will “announce a series of measures” to combat the “disturbing spike in harassment, intimidation, and threats of violence against school administrators, board members, teachers and staff.”