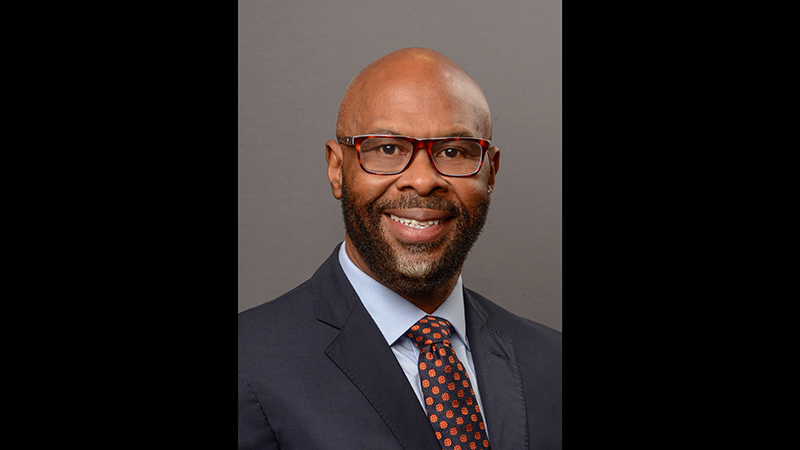 McCray has lived and worked in the Hampton Roads area for more than 25 years. After serving seven years in the U.S. Navy, he transitioned to education and has gained experience in the wide range of responsibilities that come with running educational institutions after serving in key leadership roles at Tidewater Community College and the Pruden Center for Industry and Technology, which is now known as the College and Career Academy at Pruden.

McCray is also a former teacher and coach at Lakeland High School, a former principal and a former community college adjunct professor, the latter position being one he held at both TCC and Paul D. Camp.

“I’m excited by the potential that exists here, not just at the college but throughout the community,” McCray stated in the press release. “Camp’s success can be felt across our service region today. Working with the college’s dedicated faculty and staff, we can leverage state, federal and private resources to expand our program offerings, deliver them in new and creative ways and meet the talent pipeline needs that exist today in areas like health care, skilled trades and information technology. Our team is ready to go.”

Last spring, McCray was appointed as Camp’s interim president. He had been working as the associate vice chancellor for programs at the Virginia Community College System Office. He spent five years before that serving as the executive vice president and vice president for Workforce at TCC. McCray recently completed the prestigious Aspen Rising Presidents Fellowship, which aims to build a cadre of exceptional leaders with a student-centered focus.

“Corey has a passion for this region and a compelling vision for the college,” said Chuck Sanders, chair of the Camp Community College local advisory board. “Our board believes that the circumstances are aligning to make Camp one of America’s most effective and successful small colleges before the end of this decade. We could become a model institution, and we look forward to working with Corey to make that happen. We think he is the perfect fit for 2022 and beyond.”

McCray earned a bachelor’s degree in workforce and curriculum development from Southern Illinois University at Carbondale, a master’s degree in education from Cambridge College and a doctorate in school leadership from Old Dominion University.

Camp is composed of two campuses, one in Franklin and one in Suffolk, and a center in Smithfield. The college’s Franklin campus opened its doors in the fall of 1971. Since its founding, nearly 50,000 Virginians have taken classes through the college. Camp has awarded over 2,400 degrees, 1,200 certificates and 950 career studies certificates — more than 4,500 credit credentials in all. In addition, it has provided thousands of high school students with dual enrollment opportunities, giving them a head start and early exposure to the rigors of college coursework, and the college has also trained more than 44,500 individuals through workforce development.