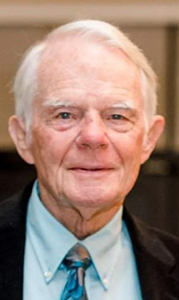 George Thomas Parker, 84, a resident of the community of Colosse went home to his Lord on Sept. 16, 2021. He was a lifelong member of Colosse Baptist Church, where he served as a deacon, Sunday School teacher, RA Leader and many other positions. He was the son of the late Claude and Florine Rhodes Parker. He is predeceased by his brother, Franklin Gilmer Parker, and his in-laws M.H. and Hilda Wills Robinson. He served his country in the National Guard. He retired after 43 years as a procurement supervisor from Union Camp Corporation and went on to start his own forestry business, R and G Forestry Service.

George is survived by the love of his life, his wife of 61 years, Rebecca Robinson Parker. They shared two children, Teresa Parker Minton (Jim) and Gregory Thomas Parker (Dawn). He is also survived by grandchildren Heather Jordan, Bret Vaughan (Sarah Davis), Mckayla and Grayson Parker. He was also blessed with three great-grandsons, Caden, Landen and Jaxon. He is also survived by brother, Claude Thurman Parker (Josie), and a host of nieces and nephews.

He was affectionately known by many as the original “Voice of the Chargers” for announcing all the home basketball and football games for Isle of Wight Academy for many years. He also served as a member of the Board of Directors for the Academy. Nothing gave him more pleasure than to be involved in helping to mold the lives of these young people. George was also very involved in the Windsor Athletic Association, where he served as a coach and Commissioner of Boys Baseball. He was an avid golfer and still played weekly with the South of the James group. 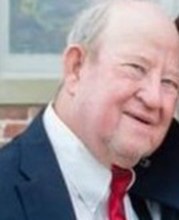 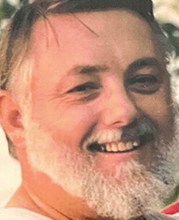