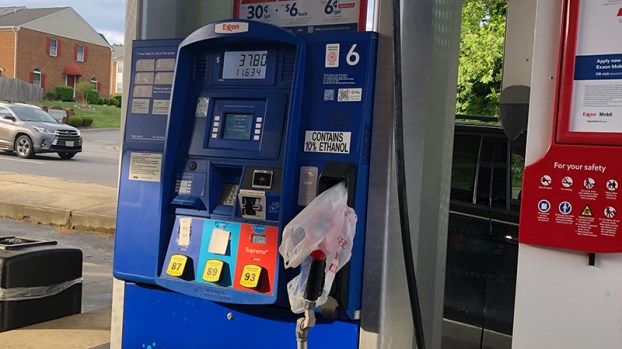 Though the Colonial Pipeline has restarted, fuel shortages continue at gas stations across Western Tidewater, Virginia and the East Coast.

Colonial Pipeline announced that it had made “substantial progress” as of May 13 in safely restarting its pipeline system, which provides 45% of fuel for the East Coast. It expected by midday May 13 that “each market we service will be receiving product from our system.”

It began restarting its pipeline the previous day.

GasBuddy.com, which crowdsources gas prices and availability, reports that as of noon May 14, 45% of gas stations in Virginia it tracks did not have fuel. In North Carolina, 65% of stations were without fuel, and in Washington, D.C., it was 88%.

On a map of the Western Tidewater region May 14, GasBuddy.com showed numerous gas stations with limited fuel options, including those in Windsor and Suffolk, though more stations are showing they have fuel available than earlier in the week. A few in the Western Branch area were also showing no gas or power.

In Franklin, GasBuddy.com also indicated many stations had limited fuel options, though three — the Love’s Travel Stop on South Street and Shell and BP stationss on Armory Drive — had gas available as of early afternoon May 14.

Most stations in Surry and Isle of Wight counties also had limited fuel options.

In Suffolk, its Public Works fleet division is reporting that the fuel shortages have had no impact on the city at this time, and “ample supply remains available at our facilities for emergency and operational needs.”

Suffolk Public Schools Superintendent Dr. John B. Gordon said the division has been minimally affected by the gas shortages. He said one of the first things he checked was how much fuel was in reserve and in the tanks at the division’s Transportation Department.

He also said a few staff members who lived further away from the city had been given flexibility in their work schedules to work virtually.

Gordon said there would be further discussions May 17 to determine whether further adjustments are necessary.

Gov. Ralph Northam issued a state of emergency May 10 following the ransomware cyberattack on the Colonial Pipeline, a primary source of fuel for many of the state’s retailers.

The Environmental Protection Agency issued a temporary transportation waiver to help increase gas supplies, but Northam’s declaration allowed state agencies to issue their own waivers as required. His order also gave flexibility and money for state and local governments to make sure they had enough fuel.

President Joe Biden, in a statement May 13, cautioned that the flow of gas through the Colonial Pipeline will not return to 100% immediately.

“This is not like flicking on a light switch,” Biden said. “This pipeline is 5,500 miles long. It had never been fully shut down in its entire history, and so fully. … Now they have to safely and fully return to normal operations, and it’s going to take some time.”

For those able to find gas, prices have continued to climb across the Western Tidewater region, ranging from $2.65 to $3.17 per gallon and averaging $2.91 per gallon in the state, according to AAA Tidewater Virginia.

Gas prices have increased 17 cents per gallon in the past week, according to AAA Tidewater Virginia, which said drivers can expect more gas available at stations across the southeast within the next few days, though supply issues on the East Coast, in particular in southern Virginia, North Carolina, South Carolina, Georgia and Tennessee, will remain an issue until then.

“The restart of the pipeline is very positive news for motorists,” said Holly Dalby, AAA spokeswoman for AAA Tidewater Virginia in a statement. “While impact won’t be seen immediately, and motorists in affected areas can expect to see a few more days of limited fuel supply, relief is coming. Station pumps will be full of fuel in several days. This is an especially good update ahead of the Memorial Day holiday.”

The national gas price average went up 6 cents from May 7-13, making the average price $3 per gallon, the highest average since October 2014.

In the wake of a cybersecurity attack on a major East Coast pipeline, several gas stations in Western Tidewater have... read more