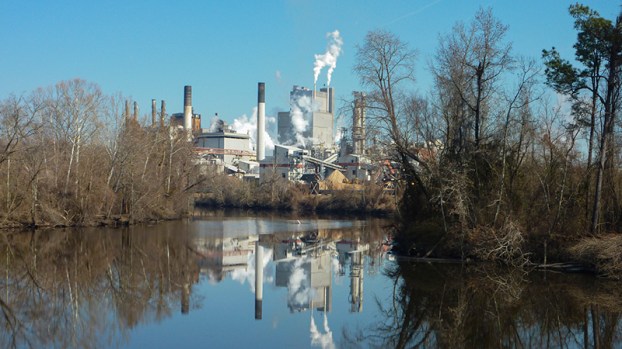 International Paper announced on Dec. 3 that it plans to hand off its print paper manufacturing to a standalone, publicly traded spinoff company and devote itself solely to the production of corrugated packaging and absorbent cellulose fibers.

International Paper, on Dec. 3, announced plans to hand off its print paper manufacturing to a standalone, publicly traded spinoff company and devote itself solely to the production of corrugated packaging and absorbent cellulose fibers.

The transaction to separate IP from the spinoff, which the company is referring to as SpinCo until such time as the company establishes its own corporate identity, is expected to be complete by the third quarter of 2021, according to a company press release. Following completion, IP expects to have approximately $17 billion in sales, 85% in industrial packaging and 15% in global cellulose fibers; 20 containerboard mills and eight pulp mills like the one in Franklin. Jean-Michel Ribléras, currently senior vice president of industrial packaging for IP, will become SpinCo’s first chief executive officer. SpinCo is expected to retain $4 billion in sales and eight mills.

By selling its paper-making assets to SpinCo, the company intends to “reduce its cost structure and accelerate earnings,” the press release states.

“This transaction represents a logical next step for us as we continue to build a better IP,” said Mark Sutton, the company’s chairman and chief executive officer. “International Paper will be a more focused corrugated packaging and absorbent cellulose fibers company serving attractive segments, well positioned to increase earnings and cash generation. I am confident that our plans will create value for our shareowners, employees, customers and other stakeholders.”

The transaction isn’t expected to impact the Franklin paper mill, which was already repurposed several years ago to manufacture the fluff pulp used in absorbent products such as disposable diapers.

“Absorbent products like those made at the Franklin Mill remain a key component of IP’s business strategy moving forward,” said Jenny Dixon, mill communications manager. “This is about Building a Better Future for IP by accelerating performance improvements in Industrial Packaging and Global Cellulose Fibers and significantly reducing IP operating costs. The transaction will result in two separate, leading public companies.”

ISLE OF WIGHT County officials confirmed on Dec. 1 that two people at the Isle of Wight Courthouse have tested... read more