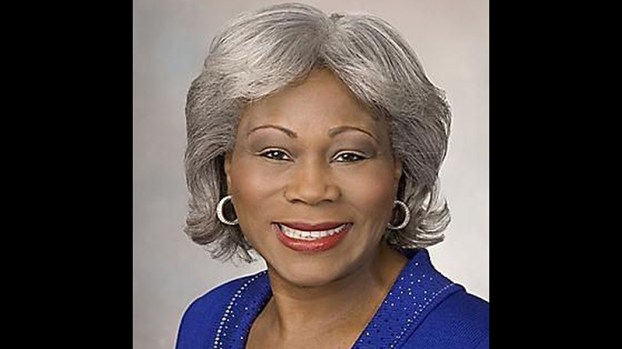 State Sen. L. Louise Lucas is fighting a petition that has been circulating among Isle of Wight and Southampton voters to recall her from the Virginia General Assembly — with a court filing of her own.

On July 1, in the Circuit Court of her hometown of Portsmouth, Lucas filed a defamation lawsuit against Timothy Anderson, the Virginia Beach attorney among those individuals organizing the recall effort. The suit argues that Anderson knowingly made false allegations against the senator by claiming in a WAVY TV interview, and in a video posted to his law firm’s social media page, that she had incited a riot and had committed a felony by inciting violence at a June 10 protest at the site of Portsmouth’s Confederate monument.

The so-called riot, as local CBS affiliate WTKR reports, began the evening of June 9 as a peaceful protest, but escalated the next day after police arrested Portsmouth NAACP President James Boyd and Vice President Louie Gibbs on charges of trespassing on the monument. Following the NAACP leaders’ arrest, protesters began spray-painting onto the monument the names of Black people killed by police, and later that evening, attempted to bring down parts of the monument with a sledgehammer while others cheered them on. One man was severely injured when a piece of the monument fell on him.

On June 13, Chris Cornwell and Tommy Potter — the former an elected member of Southampton County’s Board of Supervisors and the latter an officer with the Isle of Wight County Sheriff’s Office command staff — organized a signing event for Anderson’s petition, one of which was in Southampton County. Both told the paper at the time that they were acting as private citizens in this effort and not in their official capacities.

That same day and time at the Isle of Wight County courthouse complex, Kris Coughlin was also collecting signatures. He obtained 108 signatures and turned away an additional 24 after verifying their addresses weren’t located in the 18th District.

“Once the news started to spread about what transpired in Portsmouth I saw the growing concern online for her actions,” Coughlin said. “I decided instead of driving to Brunswick County to sign the recall, I would host my own signing.”

“Sen. Lucas failed the citizens in her district by inciting a riot and using her position to hamper law enforcement,” said Potter, again clarifying that his remarks were his personal opinion and not on behalf of the Sheriff’s Office.

Per state law, the recall petition needs at least 10 percent of the 46,519 who voted in the 18th District Virginia Senate race last November — which in this case, means 4,652 signatures — before it can go before a judge.

“The total number of signatures has been ever evolving … but I think we are very close,” Cornwell said.

In the petition that Cornwell, Potter and Coughlin distributed to potential signers, Anderson claims Lucas “knew, that when she entered the area, her actions would escalate the aggression of the protestors” and had used the influence and power of her elected office unlawfully to order Portsmouth police not to intervene.

Lucas, however, claims in her suit that she had been assured by Portsmouth’s city manager, Dr. L. Pettis Patton, that no one would be arrested for trespassing or for peacefully protesting, and had merely asked Portsmouth Police Chief Angela Greene to call Patton herself to verify this. The senator further claims she never advised the protestors to do anything unlawful and was on site no longer than approximately 30 minutes, having left around 2:45 p.m. and never returned.

“Anderson is motivated to have Senator Lucas removed because he owns a gun shop and has been lobbying against Senator Lucas’ bill to ban certain firearms,” the suit states. “He in fact had advertised that the gun banned by the Virginia General Assembly could still be bought from him until the effective date of the law.”

In addition to being a lawyer, Anderson does, in fact, own Defensive Tactics of Virginia Inc., a gun and ammunition store in Virginia Beach.

In Anderson’s WAVY TV interview, a video clip of Lucas — clad in a bright red face mask and headscarf — shows the senator saying to protestors, “Anybody who pays taxes in this city has got a right to be on their property.” Another video, posted to the Facebook page for Anderson’s law firm, Anderson & Associates P.C., shows the senator saying to Portsmouth police, “They’re going to put some paint on this thing, and y’all cannot arrest them. You need to call Dr. Patton.”

When an officer objects, saying, “Ma’am, you can’t tell them to do that,” Lucas replies, “I’m not telling them to do anything. I’m telling you you can’t arrest them. Call Dr. Patton.”

While Anderson was not able to be reached for comments by press time, he released a video response to the senator’s lawsuit, again via his law firm’s Facebook page, on Thursday, July 2. In this, he states, “Think about how many times Donald Trump has said that Hillary Clinton needs to be locked up. Has she sued him for defamation?”

Lucas was likewise unable to be reached by press time but is reported to have given the following statement to WVEC TV: “Not this time. This is a simple case. Attorney Tim Anderson defamed my name and has irreparably damaged my reputation in the community, in the Commonwealth, and in the world. Reaching hundreds of thousands of people through his social media post on his business website and in television interviews, Anderson stated that I committed a felony. That is defamation per se. … He made these malicious statements because he wanted to drive business to his law firm and to his gun shop. He made these malicious defamatory statements because I have been fighting successfully for common sense gun violence prevention programs and his gun business would garner attention from his potential customer base by attacking me.”

The suit names Anderson and his law firm as separate defendants, and lists two counts of defamation. For each count, it seeks $10 million in compensatory damages and another $350 in punitive damages. Lucas is being represented by The Verbena Askew Law Firm P.C. and the Law Office of Don Scott PLLC.

According to Portsmouth Circuit Court Clerk Cynthia Morrison, Anderson has yet to file anything in opposition to Lucas’ suit, and no court date has been scheduled yet for the matter.