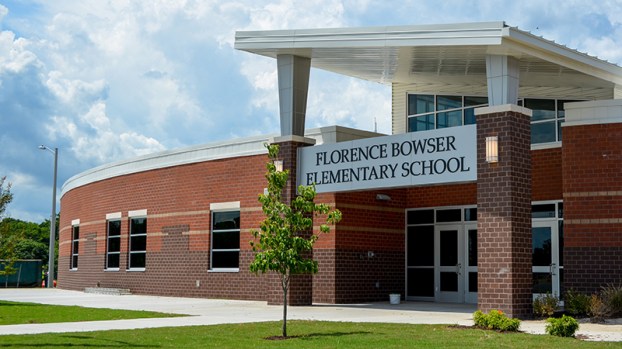 Isle of Wight County’s School Board has selected Florence Bowser Elementary in Suffolk as the prototype school on which a new Hardy Elementary will be modeled.

By copying an existing structure rather than having an architect draw new blueprints, the school division could save upwards of $1 million in architectural fees according to Superintendent Dr. Jim Thornton. This, he said, will still allow for some customization to suit Isle of Wight’s needs, such as adding more classrooms, as well as cosmetic changes to ensure the two schools are not 100% identical.

“We are going to change the face of that school,” Thornton said. “Right now it has a curved entrance, and we’re going to make more of a square entrance.”

During joint meeting of the county’s School Board and Board of Supervisors last Thursday, Thornton estimated that even with the cost savings from reusing Florence Bowser’s blueprints, a new Hardy, designed for upwards of 800 students, could cost around $27.4 million, not including architectural fees or furnishing the building.

The county’s five-year capital improvements plan, however, has budgeted only around $22 million for the project, and another $28 million for the renovation or replacement of Westside Elementary, which, like Hardy, dates to the 1960s. Hardy currently houses roughly 500 students in preschool through fourth grade, and its replacement is planned to absorb some of the population of Carrollton Elementary, which is preschool through third grade.

“I’m still in favor of constructing a new Westside but the question becomes what does that price tag look like?” said Newport District Supervisor William McCarty.

While Thornton did not specify a total cost for a new Westside, he estimated that to implement the division’s plan to replace the grades 4-6 elementary school with a grades 5-7 middle school could cost between $220 to $230 per square foot, adding that said building would need to accommodate roughly 1,000 students. As such, Westside’s total cost would likely be higher than Hardy’s.

“This is a tax increase any way you look at it to the citizens of this county, and it’s not going to be a one-time, one-year tax increase either,” said Windsor District Supervisor Joel Acree, who voiced support for the division issuing a request for proposals for a new Westside.

Lynn Briggs, division spokeswoman, confirmed that the 5-cent tax increase that Thornton had estimated last year as what would be needed to fund the construction or renovation of the two schools has not changed. In the event that the School Board opts to build a new Westside, the plan is for it to be located adjacent to the current Smithfield Middle School/Smithfield High School complex where the sports fields are now. Those fields, she said, would be relocated to the opposite side of Turner Drive, and the SHS/SMS complex, turned into one big grades 8-12 high school.

“In a county this size and smaller where I’ve served most of my career, to have a single-digit tax increase to build one school, you’re fortunate,” Thornton said. “To build two schools for 5 cents is [an] unbelievable opportunity.”

While Smithfield District Supervisor Dick Grice voted along with the rest of the supervisors to authorize Isle of Wight County’s School Board to proceed with issuing an RFP for Westside, he questioned Thornton’s cost estimates for both schools. Chesterfield County, he said, had built seven middle schools over the past three years, which ranged in price from $190 to $221 per square foot.

“I’m talking about schools that are currently under construction that aren’t costing that kind of money,” Grice said. “I can’t go along with that number. That should not be the number that goes out on the street.”

Grice then suggested that additional money could be saved when the division is ready to start building if it were to offer construction firms the chance to bid on both projects, thereby securing a lower cost per school.

With the Supervisors’ approval on record, the School Board is planning to solicit architectural firms for Westside, and anticipates releasing a RFP in early July, Briggs confirmed. Construction of a new Hardy is to be completed by August 2022, and Westside, by August 2023.