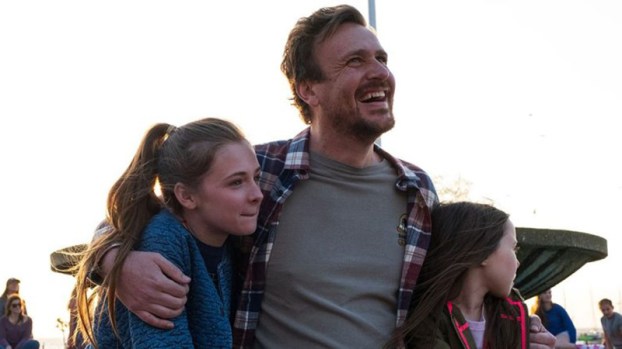 With such big-name movies at the Toronto International Film Festival this year as “Ford V Ferrari” and “Joker,” I was shocked that the film tied for my favorite at the festival ended up being “The Friend,” a movie I had not heard of before the festival and one that I only attended because I am a fan of Dakota Johnson. But that is the best part about film festivals, finding small gems of movies that you have heard nothing about but make a big impact on your experience.

My gift and my curse is that I get way too emotionally invested in TV shows and movies and that has never been more obvious than in the screening of “The Friend.” To say I was a basket case at the end of the movie is an understatement. I was crying so hard that a random man beside me took it upon himself to pat my back as I sobbed. Yes it was creepy and yes I hated it, but that just shows the kind of atmosphere this film was able to build in the theater. What I loved most about it was it wasn’t just the love story between a couple and their journey through loss. The heart of the movie was actually the love of friendship and how important it is to be there for the ones you love through thick and thin.

Based on a true story and 2015 Esquire article of the same name, “The Friend” follows a trio of friends, married couple Matt (Casey Affleck) and Nicole (Dakota Johnson) and their best friend Dane (Jason Segel). When Nicole comes down with inoperable cancer, Dane moves in with the couple to help around the house and look after their two young children, as well as to be a general support system during the family’s time of need. The filmmakers never let on what type of cancer Nicole has because they wanted it to be universal and representative of all those that are going through the various forms of cancer.

Although director Gabriela Cowperthwaite (“Blackfish”) does play around with the film’s timeline, by the time Johnson’s character is at the end of her life, you feel so invested in the relationships between the characters that have been developed over the length of the film, it makes the situation even more gut-wrenching. But don’t think this movie is all tears and depression; it has humor weaved in too, especially thanks to the always great Jason Segel.

It’s hard to pull out one performance from this film that was my favorite because it is really such a fantastic ensemble cast; one cannot exist without the others. It never even felt like the actors were… well, acting. Cowperthwaite allowed many of the scenes to breathe, enabling the actors to make each beat as realistic as possible. During many of these moments I wondered if there was even a script at all. We have seen Casey Affleck (“Manchester By the Sea”) and Jason Segel (“The End of the Road”) shine in similarly dramatic roles. So I was most excited to see Dakota Johnson get such a meaty character arc as Nicole.

Typically, the cancer patient is idolized and it’s rare that a film dives into the more unlikable moments of the affected character, especially as they become overcome by the illness. Not so with “The Friend.” Johnson is able to highlight the painful realness of the disease, especially when her mental faculties begin to decline as the cancer reaches her brain. Nicole’s personality changes and she is more prone to lashing out at her friends and family and dredging up pain from the past. These upsetting moments, compared with earlier scenes of Nicole’s warmth with her friends and family, showcase Johnson’s incredible range. It’s no wonder she said this is one of the best roles she has ever had.

As Jason Segel said in the post-screening Q&A, you never know how you are going to behave in a situation until you are in it yourself. I hope I would be able to do what Dane did for his friends, despite how hard it must have been. And in case you were wondering, the real Dane is now married and living his best life … and yes, he and Matt are still best friends.

By Lauren Bradshaw I finally saw one of my most anticipated movies of the year, “Judy,” and boy let me... read more