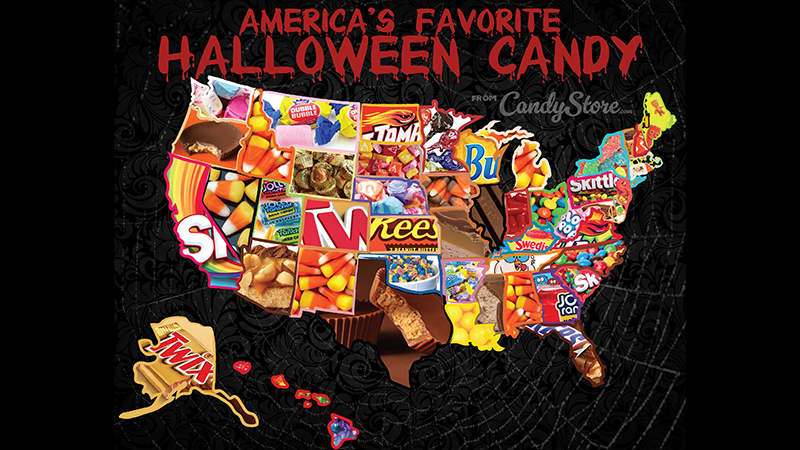 This year, it is expected that $2.6 billion will be spent on trick-or-treat, which is a lot of money. If we as a nation are spending that much, we might as well get it right. We gathered 11 years of data and made this map of 2018’s Most Popular Halloween Candy in America by state to help you choose wisely.
For over 11 years, we’ve been delivering tons of bulk candy around the country. As preeminent bulk candy dealers, we’ve got a lot of candy sales data to comb through. Including some we shipped to New York not too long ago…
This year, the National Retail Federation is estimating that shoppers will spend $2.6 billion on Halloween candy. That is lower than their $2.7B estimate last year.
With consumer confidence at it’s highest point in a September since 2004, fueled mostly by low unemployment and low inflation expectations, we feel like 2018 sales could be even bigger.
Industry research showed in 2015 that online candy sales were increasing by 15 percent. People are realizing they can save time and money by skipping the store and purchasing from the comfort of their home. But will you buy the right candy?

Halloween Candy Quick Facts
• 179 million Americans celebrate Halloween
• Nearly 1/4 of all Halloween purchases are made online
• Among those who celebrate Halloween, 95 percent will purchase candy
• They will spend about $27 on average
• In Oregon, full-sized candy bars are the norm for trick-or-treaters to receive
• Over 50 percent of parents stash some Halloween candy to enjoy later in the year