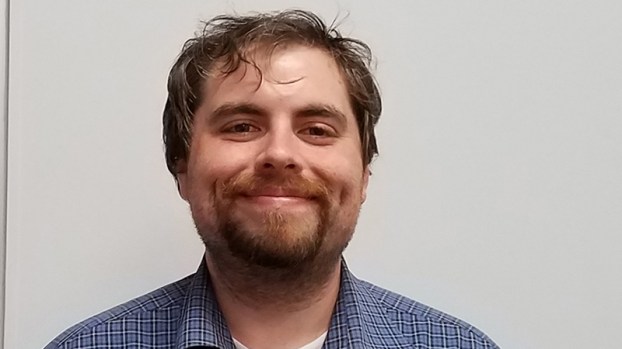 Ben Sullivan, formerly of Fairfax County, started as the Town of Windsor’s new planning and zoning administrator on July 23.

The Town of Windsor recently hired Ben Sullivan, a native of Fairfax County near Alexandria, as its new planning and zoning administrator. In his new role, Sullivan will be responsible for enforcing the town’s zoning ordinance and advising the town on the best ways to capture and manage growth.

Most recently, he been working as a field manager for WETA, the Washington D.C. area’s local PBS TV station while pursuing his master’s degree in urban and regional planning at the Catholic University of America. Sullivan said he had been considering several urban planning positions when he received, and ultimately accepted, the offer to come to Windsor.

“It was by far the most interesting of the positions,” Sullivan said, explaining that he will have the opportunity to work with both the Town Council and the Planning Commission, as well as to do community outreach.

But his first and foremost duty will be to enforce the town’s zoning ordinance.

“That may sound rigid, but that’s because it is,” Sullivan said. “That doesn’t mean that I’m not willing to work with residents to find something that works for them and the town. I want to help the residents of Windsor and the Town Council improve the town, but it is my job to enforce the ordinance as-is.”

Sullivan relocated to Suffolk in July to begin his new position, and said that, so far, he likes the area.

“I haven’t been able to explore the region as much as I’d like, but I enjoy what’s nearby and hope to see more of what the region has to offer,” he said.

“We look forward to having Ben as part of our staff as we continue to work to make Windsor a great place to live, work and play,” said Town Manager Michael Stallings. “He was enthusiastic about coming to work for the Town of Windsor. He expressed a desire to come to work for a small town where he could become part of the community to help it grow and prosper.”

Two goals Sullivan has for his new role in Windsor are to help the town create a more distinct sense of place and to create a more walkable environment.

“I currently live near the rail tracks in Suffolk where Route 460 turns into North Main Street,” Sullivan explained. “Once you pass those tracks heading into Suffolk, you instantly get the sense that you’ve arrived at a ‘place.’ I want people who come to Windsor to have that same sense that they’ve arrived somewhere, rather than just the town being a loose connection of buildings that happen to be near each other.

“I’m sure most people can agree that Windsor is very much a car town. I want to help make it so that residents feel that it is comfortable and practicable to use other modes of transit. Right now, I’m not sure if anyone would feel safe trying to walk from Lovers Lane to Hidden Acres unless they wanted to walk through people’s yards.”

Sullivan succeeds Gary Mitchell, who left in February for a position in Essex County.

WINDSOR Based upon the preliminary results of a capacity study of the county-owned sewer system in the town of Windsor,... read more