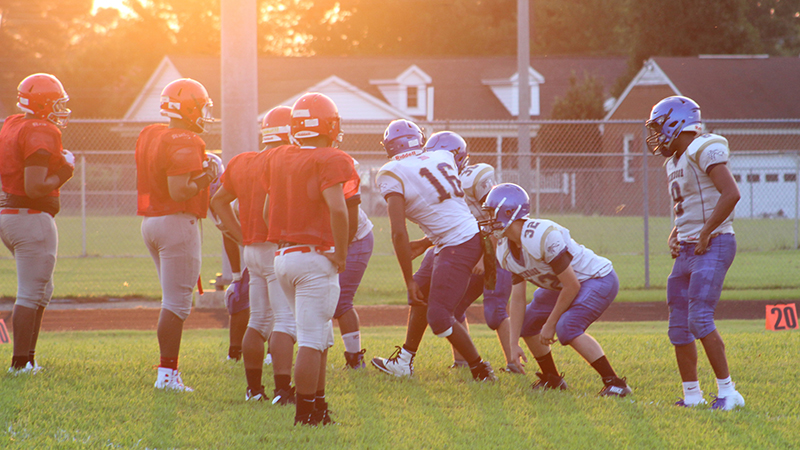 Windsor High at right had a scrimmage game against Rappahannock earlier this month. They

Despite going 0-10 last season, Head Football Coach Tyler Mosley anticipates that the Windsor Dukes will be a much-improved team this year. The Dukes began practice for the fall season on July 27.

“We are progressing well; we have around 37 players,” Mosley said. “We are focusing on getting more JV players in the next few weeks.

Last season, which was his first as a head coach, the Dukes were a young team, with only one senior on the roster. This year, they have a total of eight seniors, and several other returning players. Mosley said that this year, the team has a good mix of seniors, juniors and sophomores.

“We had a pretty good offseason in the weight room, and that will pay off for us this coming season,” he said. “Junior running back and defensive back Malik Lee, full back and defensive end Xavier Ricks and running back Daequan Garris had a good offseason lifting and running track. Offensive linemen Rakeim Johnson, Chris Jones, Javeon Newby [and] Gunther Perkins had a strong season in the weight room building their strength.”