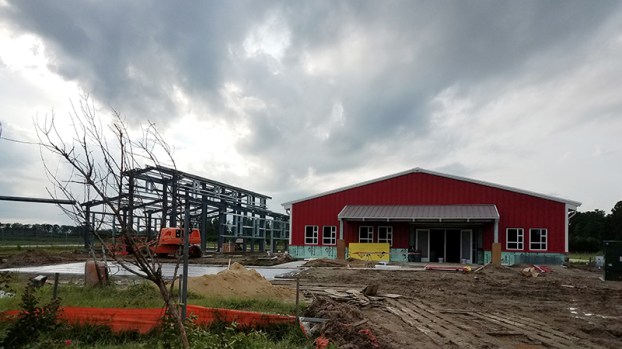 THe barn and agriculture classroom building behind Windsor Elementary School are partially completed. They will likely be ready for occupancy some time in October.

The construction of the “million dollar barn” behind Windsor Elementary School will likely not be complete until some time in October.

Lynn Briggs, Isle of Wight County Schools’ director of community and media relations, said the barn was supposed to be ready for occupancy by the start of classes in September, but above average rainfall this summer caused numerous delays.

As a result, for the first few months of classes the agriculture students at Windsor High School and Smithfield High School will once again have class inside of Windsor Elementary.

Plans for the barn were first announced during the 2016-2017 school year as part of a $7.9 million plan to bring the division’s career and technical education program back in-house. The barn will include a classroom building and stables.