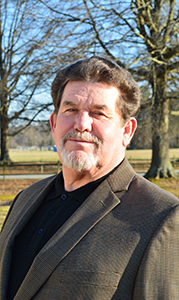 The Virginia Association of Fairs recently announced the appointment of E.D. “Danny” Byrum of Isle of Wight County as VAF’s new president. Byrum assumed the role at the March 2018 VAF Board of Directors’ Meeting. There are 67 fairs and festivals in Virginia that are members of the association. He has been a member of the Board of Directors since January 2014.

“I am honored to have been selected as the next president of this great organization,” Byrum said. “It has been such a privilege to be a part of the association which provides education, information and a sharing of knowledge between fairs within Virginia. As we move forward, I am excited to do what we can to help fairs and festivals be even more successful, enhancing our communities and promoting agriculture in Virginia by showcasing the many positive attributes in our counties throughout the state.”

Byrum succeeds Betsy Brown from Russell County, who resigned in March 2018. He has been the chairman of the Isle of Wight County Fair since October 2013.