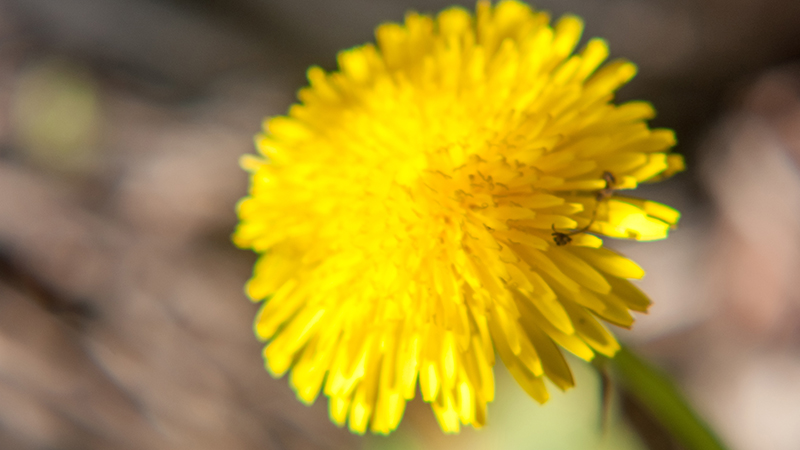 This weed has had an intimate relationship with my family for over three generations. In my younger years, a bucket dug full of this weed was worth 5 cents at the end of the day. My mother combined the most select leaves of this plant with tender plantain and dock for a tasty, mixed greens dish, rich in antioxidants. My father readily cursed this persistent perennial’s stubborn taproot. And my grandmother made delicious wine from its sunshine-like flowers.

Yes, this common garden and lawn invader is the dandelion (Taraxacum officinale). By this time of the summer, we are no longer raving about how pretty are the flower heads. Our only talk is about how to get rid of this interloper from the veggie patch and turf.

Yet, there is more history to the dandelion than you might think. For starters, the dandelion has seemly endless exotic names. The oldest is thought to be the medieval Latin term dens leonis from which came the French dent-de-lion or lion’s tooth, given the leaf’s fearsome appearance.

Dandelions were well known to the ancient Egyptians, Greeks and Romans, and have been traditionally used in Chinese medicine. It is thought that dandelions arrived in North America not as early settler stowaways, but purposely brought for medicinal and culinary uses.

Consider also their beauty. Small flowers called florets band together to form a composite head of bright gold. As the flower ages, it transitions into a round ball of silver-tufted fruits that disperse in the wind (yikes.) These forms are known as “blowballs” or “faceclocks.” Kids enjoy counting the number of puffs needed to blow the downy filaments from the stem, a fun but unreliable way to tell time.

So why don’t we want weeds like dandelions in the vegetable patch? For starters, weeds compete with crops for water, nutrients and light. They grow faster than cultured vegetables and reproduce effectively. And weeds serve as a source of some insect and disease problems, providing an overwintering site (VCE publication 426-364.)

Perhaps a small garden space can be set aside for those weeds documented to be edible after proper identification. Be sure to harvest these plants before seeds set. But if you aren’t so inclined, there are plenty of ways to rid them from your garden. Cultivation, mulching and close spacing between crops are effective, non-chemical practices.

Nevertheless, dandelions and other weeds like white clover are vital nectar sources for pollinators. Or so I comfort myself. Understandably, a few go a long way in the eyes of the home gardener.

Contact the Master Gardener Helpline to learn of other weeds with a colorful history and effective means of their control by calling 356-1979 (Wednesdays, 10 a.m. to noon.)

KRISTI HENDRICKS is a member of the Western Tidewater Master Gardeners. Contact her at GardenontheJames@yahoo.com.