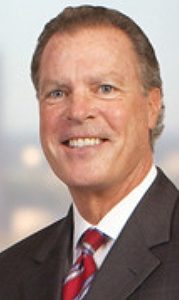 Thomas “Tom” Elder began his work as the new director of Economic Development for Isle of Wight County on June 1, 2015.

Elder began his employment with Isle of Wight County in June 2015 after serving for over 25 years in economic development and commercial real estate. Some of his previous roles included serving as executive vice president of the Hampton Roads Economic Development Alliance and as assistant director of economic development for the City of Chesapeake.

“Tom was a valued member of the Isle of Wight County team and his presence and his contributions will be missed by the entire community,” said Assistant County Administrator Don Robertson.

“Tom was the ultimate professional, an amazing colleague, and a dear friend,” said Amanda Jarratt, president of Franklin-Southampton Economic Development Inc. “His death is a loss to the economic development world and the greater community.”

According to H.D. Oliver Funeral Home, which is in charge of the arrangements, there will be a private burial today. To read the full obituary or to express online condolences, visit www.hdoliver.com.

Summer vacation presents an opportunity for students to enjoy an extended break from the classroom. While this respite from routine... read more