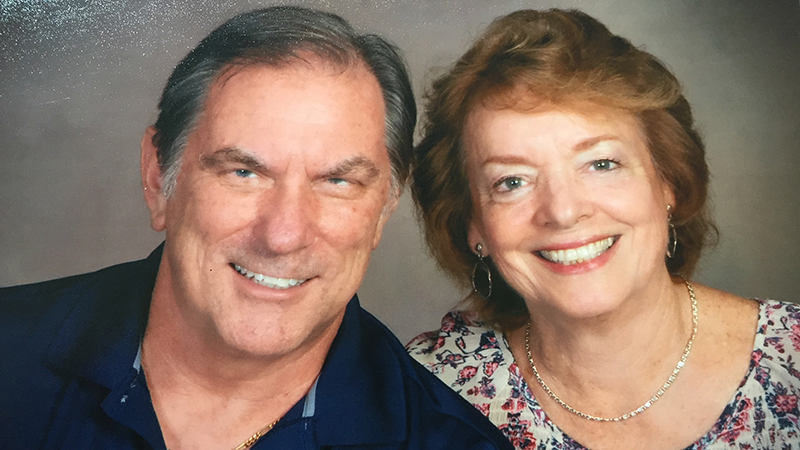 Joan Fountain has published her first book, "Refiner's Fire," with help from her husband, Walter.

Six years in the writing, “Refiner’s Fire” has just been published by Joan Cullins Fountain. Perhaps appropriately, the story is rooted in Western Tidewater, which has been the home for members of her own family.

Fountain said during a recent phone interview that the story’s central character is Johnny McLane, who comes from Southampton County. While a student at the famed Virginia Military Institute, he gets caught up with other cadets in the Battle of New Market, which took place on May 15, 1864. After the war, McLane returns home and then goes west with his mother who dies along the way. He ends up at an early settlement called Sideling in Wyoming. Another character important to McLane’s life is Cassie Wilkerson.

“It’s kind of a reflective building of a society out west,” said Fountain, who lives in Maryland. “It’s about freedom, escape and settling a new place … Circumstances may change, but people’s hearts are the same.” 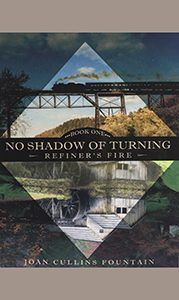 Joan Cullins Fountain will sign copies of her first book, “Refiner’s Fire” this Saturday from 11 a.m. to 3 p.m. at The Peanut Patch in Courtland.

The book, written with help from her husband, Walter Fountain, is the first of three in a series called “No Shadow of Turning.” The second part, “Freedom’s Song,” will be printed this fall.

Fountain said she started thinking about her own family while she’s been working with teen boys and girls through Christian Service Brigade. Walter, she adds, helps to mentor the young men.

She added, “The story of Johnny McLane is also based on my mother’s great-grandfather’s family. He was Joseph Edward McLane and was a founding father of the Mt. Carmel Church in Walters.”

As mentioned, Fountain traces her own roots to Western Tidewater. Her father, the late Alvin Clarence Cullins, was born in Norfolk. His family was from from Eure, North Carolina. In Washington, D.C., Cullins met the woman who would become his wife, the late Rebecca Edwards Cullins of Franklin. Her own mother, Mary McLane, was from Courtland, and her father was Emmett Lee Edwards, grandson of a miller/farmer named Elijah Everett Whitley. He in turn was from Winborne’s Mill Pond, which Fountain said is near the area known as Sunbeam.

A feature of the series that she wants to point out is that a Biblical-based worldview is prominent. There are Scriptural references throughout, with occasional quotes from the Bible.

Fountain will sell and sign copies of her story in the Peanut Patch, 27478 Southampton Parkway, Courtland, from 11 a.m. to 3 p.m. this Saturday.