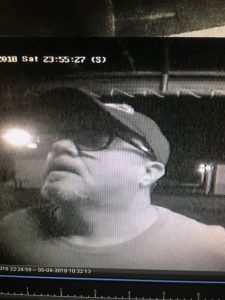 Police in Windsor are asking for the public’s help in finding a man suspected of breaking into the vending machines at the Super Suds Carwash at 19 W. Windsor Blvd.

During the overnight hours of June 3, an unknown suspect broke into several vending machines located at the carwash, according to Windsor Police Chief R.D. Riddle. He said the suspect is an unknown white male who shorted the machines’ electrical systems and took several hundred dollars in quarters. The suspect’s image was captured on surveillance cameras at the business.

Callers can remain anonymous and may be eligible for a reward up to $1,000.